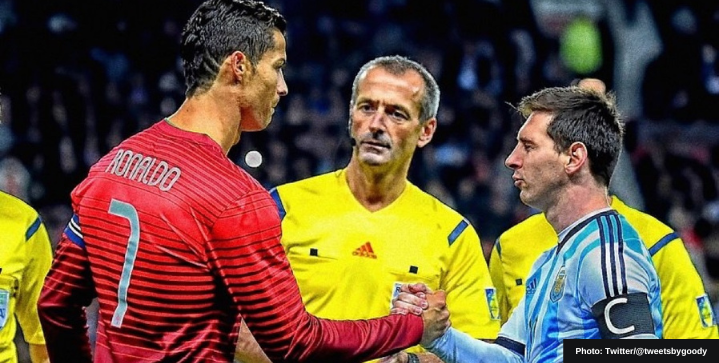 Playing in five World Cups requires incredible longevity. That’s why only a handful of players throughout the tournament’s 100-year history have been able to do it.

The 2022 World Cup sees two footballing legends, Lionel Messi and Cristiano Ronaldo, enter the list of the only players to play in five World Cups. They join a small list that includes Antonio Carbajal, Lothar Matthäus, and Rafael Márquez.

Lionel Messi will become the first South American player to appear in five World Cups when Argentina the field in Qatar. The Argentine legend has already set multiple records for his country, including the most appearances (161) and most goals scored (90).

Messi is coming off a historic Copa America victory for La Albiceleste but could his fifth and last Word Cup be the charm? If he at least reaches the semifinals, he’ll surpass Lothar Matthaus for making the most World Cup appearances ever with 26.

Where there’s Messi, there’s Ronaldo and vice versa. Cristiano Ronaldo is targeting yet another record in Qatar as he looks to become the first player to score at five separate World Cups.

Ronaldo’s World Cup journey began in 2006 in Germany when Portugal made it to the semi-finals against France. He’s since garnered 191 caps and scored a remarkable 117 international goals for his nation, seven in the World Cup alone.

This, his final World Cup could be Ronaldo’s last dance. Will Ronaldo lift the trophy in Qatar?

Lothar Matthäus still holds the most World Cup appearances by a player with 25. The box-to-box midfielder spent two decades playing with the West German side, captaining the team that won the World Cup trophy in 1990. He won the Ballon D’Or that same year.

While Matthaus filled his trophy case with virtually every club trophy at stints across Inter Milan and Bayern Munich, the UEFA Champions League was the only trophy to elude him.

Antonio Carbajal became the first footballer ever to appear in four World Cups when he participated at the 1962 World Cup in Chile. He remains the only goalkeeper to appear on this list. Italian legend Gianluigi Buffon also attended five World Cups but was an unused substitute in the 1998 France edition.

Rafael Marquez joined compatriot Antonio Carbajal in making five World Cup appearances when he joined the 23-man squad for the 2018 World Cup. The defender is the fifth all-time most-capped Mexican player with 144 appearances. He’s also the first-ever player to captain his side, 17 times in five different World Cups.

Like Messi and Ronaldo, Mexican midfielder Andres Guardado is also on the brink of playing in his fifth World Cup. With 177 international appearances, the midfielder Andrés Guardado has become a staple for El Tri. His participation includes four World Cups (and possibly five in Qatar), three Gold Cups, two Copa América contests, and two Confederations Cups. His honors include winning the 2011 and 2015 Gold Cups and earning recognition as one of the best full-backs from the 2006 World Cup.

Guardado is the Mexican player with the most seasons in Europe (15), where he’s played over 500 matches.

Qatar 2022 could also be Guillermo Ochoa’s 5th World Cup. The 37-year-old is the most capped Mexican goalkeeper in history (131 caps) and was named the best Mexican player of the 2018 World Cup. He was also the first Mexican nominated for the Ballon d’Or in 2007.