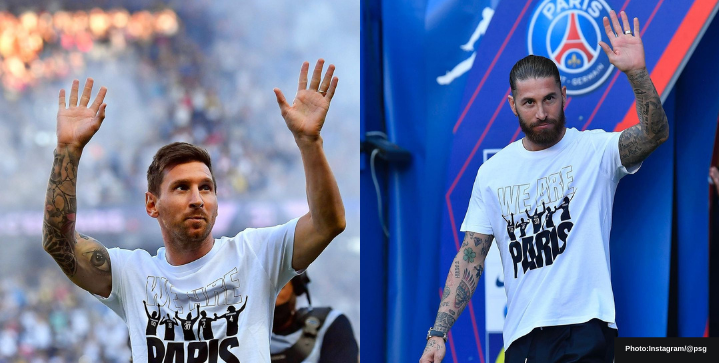 This is the moment you’ve all been waiting for.

Lionel Messi and Sergio Ramos could make their PSG debut this Sunday, August 29 against Reims. That’s according to L’Equipe.

The two stars have yet to hit the pitch in red, white, and blue. But the former rivals have seen bonding during team training sessions and are quickly adapting to the locker room.

However, the former captains will fall under PSG captain Marquinhos when the Parisians take the field at Stade Auguste-Delaune on Sunday.

Neymar, who was hugely influential in recruiting both Messi and Ramos to Parc des Princes, is also set to feature against Stade Reims.

PSG have already won their first three matches of the new Ligue 1 season without Messi, Neymar, and Mbappe “MNM” featuring at the same time.

PSG have also yet to provide a clean sheet. A certain Sergio Ramos could help with that.