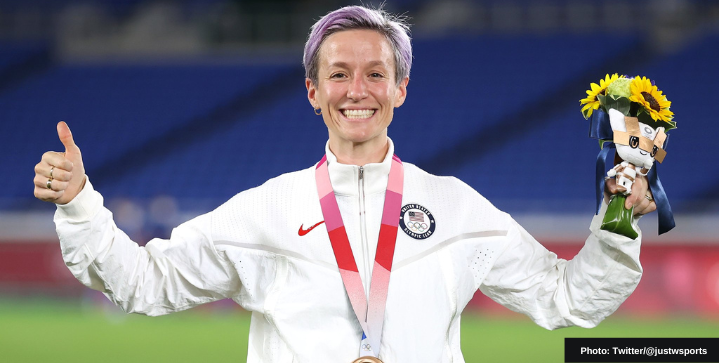 U.S. women’s national team star Megan Rapinoe will be awarded the Presidential Medal of Freedom, the nation’s highest civilian honor, by Joe Biden in a ceremony next week.

But it’s Rapinoe’s class off the field where she’s being honored for the Medal of Freedom.

Rapinoe among notable recipients for her social advocacy

The 36-year-old Californian has used her platform to advocate for LGBTQIA+ rights, racial justice, and gender pay equality. The U.S. became the first country to reach equal pay for its men’s and women’s soccer teams this year.

The honorees who’ll receive medals from Biden “have overcome significant obstacles to achieve impressive accomplishments in the arts and sciences, dedicated their lives to advocating for the most vulnerable among us, and acted with bravery to drive change in their communities, and across the world, while blazing trails for generations to come,” the White House said.

Rapinoe expects to miss the team’s world cup qualifying match against Jamaica to attend the July 7th event. According to Steph Yang of the Athletic, Rapinoe thought the incoming call from the White House was a joke until her teammates Kelley O’Hara finally told her to pick it up.

“You probably need to pick that up,” O’Hara told Rapinoe.