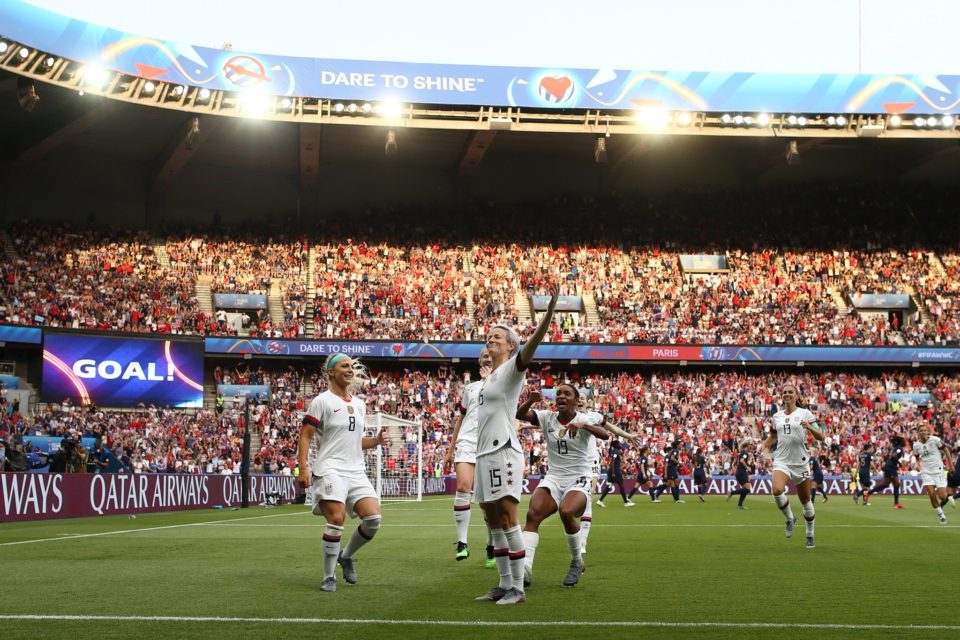 Megan Rapinoe opened the scoring in the 5th minute with a free kick that traveled unhindered through a sea of bodies. She scored a second in the 65th-minute, becoming the first USWNT player ever to score four straight World Cup goals for the team.

France clawed back in the 81st minute when Wendie Renard notched a header. However, the US continued its solid defensive play to shun the French from a potential equalizer.

Stop us if you've heard this before. Renard with the header off a set piece. France are back in it. #FIFAWWC pic.twitter.com/DGdOzfDNLZ

“C’est magnifique!” Rapinoe said after the match. “It’s everything you want.”

The top-ranked USWNT team face England in the semi-finals next Tuesday in Lyon. Watch the game at 3 PM Eastern on Fox.