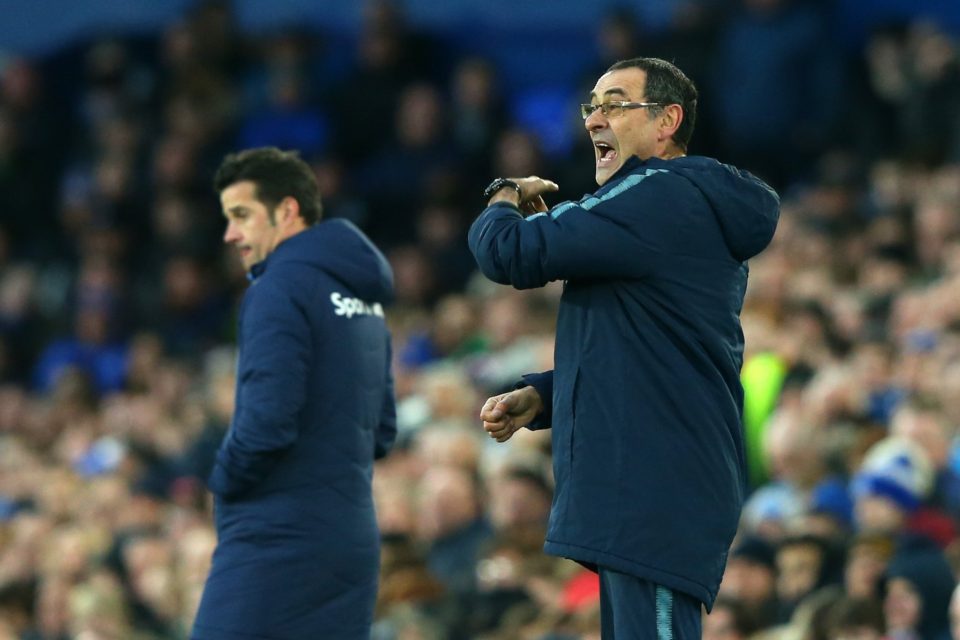 With a two-nil loss to Everton on Sunday and eight games left in the Premier League, Chelsea’s chances of a top-four finish are dwindling. Rumors are also circulating that the head office is searching for a replacement for Italian coach Maurizio Sarri.

While the Blues boss lies on the brink of being sacked with a team appearing directionless, the club is still optimistic of qualifying for Champions League with a Europa League victory in May. A strong Premier League finish plus a late slip up from both Arsenal and Manchester United could also give Sarri a chance to prove his doubters wrong as well.

Can Sarri keep the team motivated?

The most recent second-half mental collapse against The Toffees may have nonetheless sealed Sarri’s fate. The team’s play seems to resemble the style of its mercurial and indescribable manager.

“If we play like the second half in the last eight matches then we are in trouble to arrive in the top four.

“We need to recover only three points [to reach the top four] so I think it’s not impossible. I am worried about our mentality but if we play 90 minutes for eight matches like the first half then we can do everything.”

Roman Abramovich’s growing impatience means that we could see a new face in Stamford Bridge after the international break. With Eden Hazard on the way out, plus a transfer ban and no director of football, time will tell if Sarri-ball is the true culprit of Chelsea’s struggles.