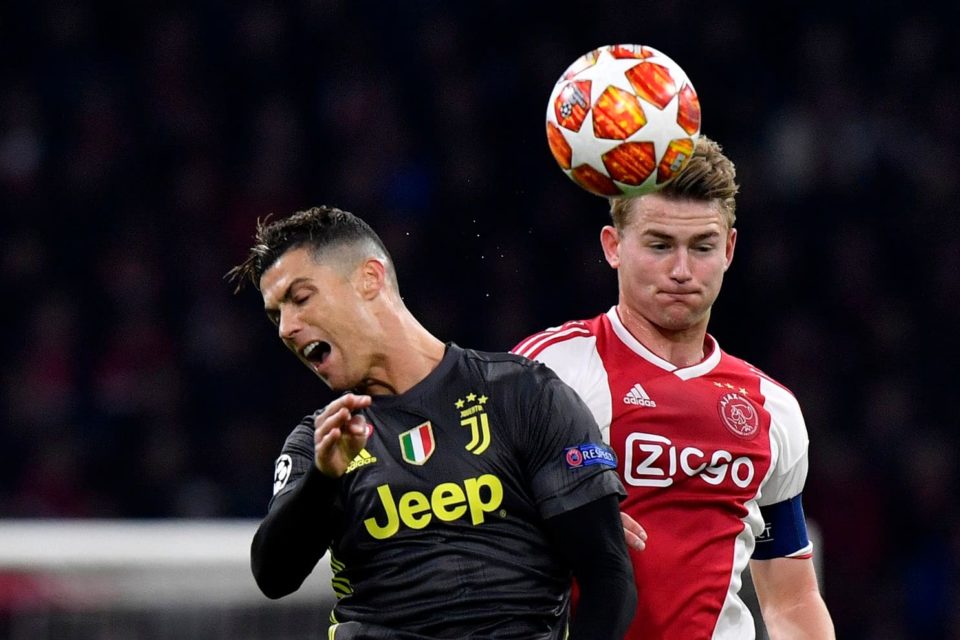 The Netherlands international becomes the third most expensive teenager of all-time, following in the footsteps of Joao Felix (£126m) and Kylian Mbappe (£145m).

The 19-year-old Dutch defender finalized the deal and took his medical on Wednesday.

👍 @mdeligt_ arrives for his Juventus medical! 🏥

Will De Ligt live up to his fee?

Juventus looks to benefit from the confident teenager, a leader ahead of his years.

De Ligt captained the Ajax side that defeated Juventus in the Champions League quarterfinals but lost to Tottenham in the semi-final — he scored against both teams. Nevertheless, he won both the KNVB Cup and Eredivisie last year.

In addition to being the youngest captain in Ajax history, De Ligt also became the youngest defender to win the Golden Boy award, play 100 games for Ajax, and start in the European final. He’s also earned 15 appearances for the Dutch national team.

Now the two could potentially pair-up against Messi and De Jong in Champions League. The prospect of De Jong versus De Ligt could transform into football’s next great rivalry.