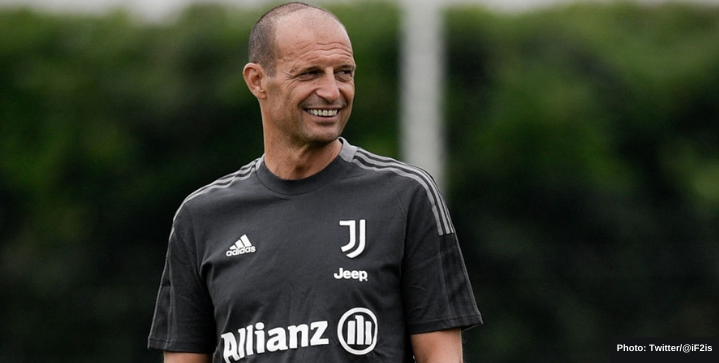 Massimiliano Allegri has revealed that he rejected the Real Madrid job before accepting the head coaching position back at Juventus.

“I must thank Real Madrid president for the opportunity he gave me. I picked Juventus because of my love for this club and because I believe in this young team,” the 53-year-old revealed in his first press conference since rejoining Juventus.

Allegri will be looking to revive a side that’s come under scrutiny, even with the likes of Cristiano Ronaldo in the squad. Allegri is already setting the tone straight in his second spell by appointing Juventus veteran Paulo Dybala as vice-captain to Giorgio Chiellini, not Bonucci.

“The captains are decided on how long they’ve played for us. Bonucci left for a year, he made the choice, so if he wants the armband he must buy it and play with it in the street,” said Allegri.

On transfers, the coach expounded that “I don’t have more powers than before, I work in sync with the club, when we need to make a decision, we talk to each other & we decide. My role has always been the same.”

But Allegri alluded to Juventus being active in the transfer market when asked which player is expected to take free kicks.

“We have Cristiano who is a good free-kick taker from far away and Dybala who does it well from closer. They have different legs, but a good right-footed player may arrive soon to take free kicks. We are working on it.”

Can Allegri lead Juventus back to the Scudetto? Let us know on our Facebook page.