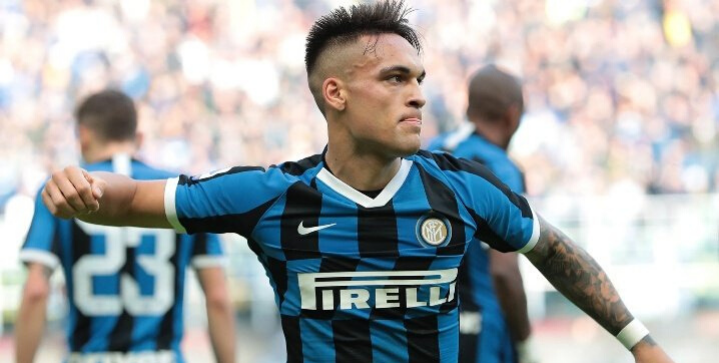 Barcelona are prepared to make Argentine striker Lautaro Martinez a priority transfer this summer. According to French outlet Paris United, the Blaugrana have agreed to personal terms with the player.

“I think he is performing at a great level. He is a player we know, there are other players who also have a lot of quality.

“I am transparent with the players and I have told Luis that we are looking at strikers, and he has accepted this because he wants what is best for the team.”

Setién added that playing with Messi adds a huge incentive.

Last November, Inter Milan declared that the club “do not fear” Barcelona’s interest in their star striker. Inter paid Racing Club €24m for Martinez’s services in 2018.

The Nerazzurri then placed a €111M release clause on 22-year old Martinez, valid for clubs outside of Italy from July 1st to the 15th. Martinez’s contract expires in 2023.

This week, Inter Milan beefed up their proposal for Martinez, demanding €90 million-plus Arturo Vidal and the loan of Antoine Griezmann from Barcelona.

Martinez scored 16 goals and notched 4 assists in 31 games across all competitions for Antonio Conte’s side this season. He’s also enjoying a good spell with the Argentina national team, scoring 9 goals in just 17 appearances alongside could-be Barca teammates Lionel Messi.

The possibility of Martinez joining forces with compatriot Lionel Messi may make some Blaugrana fans giddy. Others are less optimistic, with legendary former player/coach and current pundit Fabio Capello advising against the move.

“If I were him, I would stay at Inter, because at Barca he would be a substitute,” remarked Capello in an interview with Milan based newspaper Gazzetta dello Sport.

Luis Suarez is still far from fazing out, with 14 goals and 11 assists in 26 matches across all competitions this season.

How do you think Martinez would fare in La Liga? Let us know on Facebook.