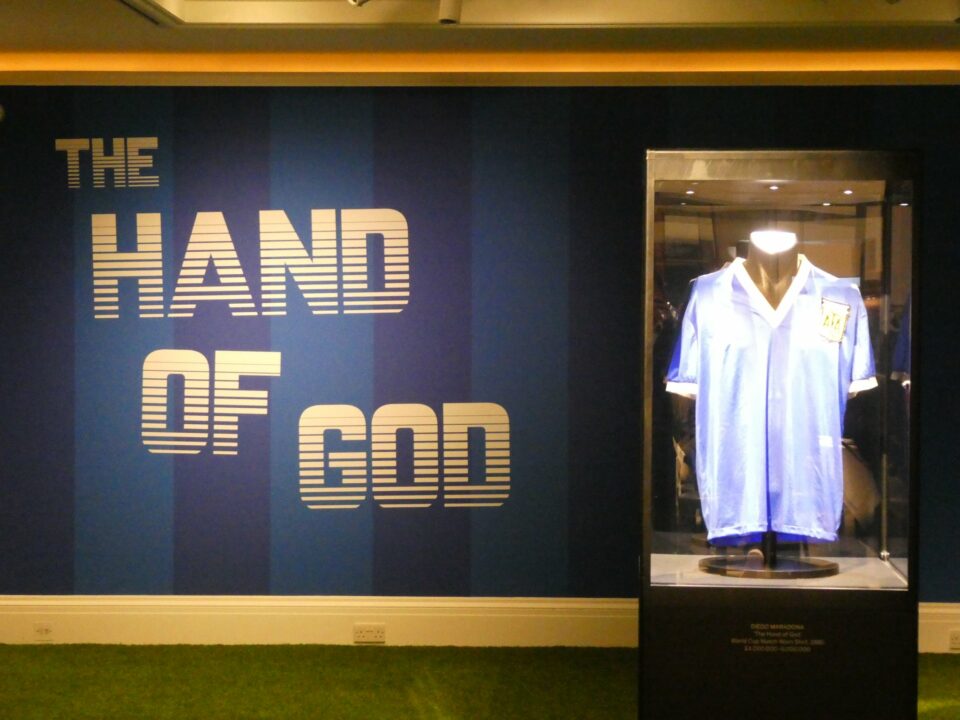 The shirt worn by Diego Maradona in the ‘Hand of God’ game against England at the 1986 World Cup has sold at auction for $9.3 million.

The jersey becomes the highest-priced piece of sports memorabilia ever sold, beating out the 1892 Olympics Manifesto, which went for $8.8 million in 2019.

The previous record for the most expensive football jersey was Pele’s 1970 World Cup final shirt, traded for $197,000 in 2002. Maradona’s kit also breaks the record for the highest-priced game-used jersey set by Babe Ruth at $5.6 million.

The original owner of the Maradona shirt, former England midfielder Steve Hodge, had the shirt removed from England’s National Football Museum to conduct the 2-week online auction at Sotheby’s.

Maradona scored two of the most famous goals in World Cup history in Argentina’s No. 10 shirt. The “Hand of God” goal came six minutes in the second half when the Argentine forward headed (re: punched) in a cross from his country. The sneaky goal gave Argentina a crucial one-nil lead.

Maradona scored the “Goal of the Century” four minutes later when he out-dribbled five England players from his half of the field to score. The match ended 2-1, with Argentina crowned World Cup champions in Mexico after defeating West Germany in the final.

Considered one of the best footballers of all time, Maradona’s passed away on November 25, 2000, at 60.