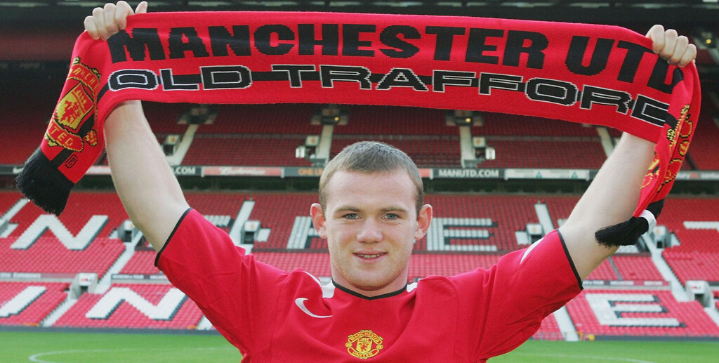 One of the most prized team’s in world football, Manchester United has featured some of the best players the world has ever seen including the likes of Ronaldo, Giggs, and Scholes. Without further adieu, here’s our list of the top Manchester United signings of all-time.

Undoubtedly one of the greatest footballers of all-time, Cristiano Ronaldo signed for a transfer fee of £12.24m to Manchester United in 2003 to replace David Beckham. He won his first Ballon d’Or at the age of 23 after an astonishing 2007-08 season with the Red Devils which saw the club win a treble of trophies including the Champions League, the Premier League title, and the FA Cup. Ronaldo left for Real Madrid the following season for a record transfer of £80 million.

In yet another Manchester United transfer bargain, Ole Gunnar Solskjaer signed for the Red Devils from an unknown club called Molde in Norway 1996 for a transfer fee of £1.5m. Earning the super sub-label and nicknamed ‘The Baby-faced Assassin,’ the striker scored 126 goals in 366 appearances off the bench, including the goal that won his team the 1999 Champions League final.

Considered one of the best ball-playing defenders in the world during his prime, the dominant center-back played 12 years at Manchester United. He won the Premier League in his first year with the club in 2003, winning a total of 6 Premier League titles and a Champions League in 2008 to boot.

Signing for £27m in 2004 from Everton, playmaker Wayne Rooney made an immediate impact by scoring an illustrious hat-trick to start his Man United career against Fenerbahce in the Champions League. Rooney went on to become United’s all-team leading scorer with 253 goals, winning16 trophies at Old Trafford, including five Premiership titles, the FA Cup, and the Champions League title in 2008.

Signed from PSV Eindhoven for £19m in 2001, Ruud Van Nistelrooy went on to play 219 games for United over a 5-year career where he scored an astonishing 100 goals in his first 3 seasons. He won Premier League player of the year in 2013 and helped the Red Devils win a Premier League title in the 2002-03 seasons followed by an FA Cup victory the following year.

Nemanja Vidić from Spartak Moscow for £7m in 2006

Dubbed “the bargain of the century” by Sir Alex Ferguson, Peter Schmeichel signed to Manchester United from the Danish club Brondby in 1991 for £500,000. With an imperious goal presence and quick reflexes, Schmeichel turned out to be one of the all-time greatest goalkeepers. He won a Champions League, five Premiership titles, three FA Cups, and a League Cup during his tenure with the Red Devils.

Michael Carrick played an instrumental role in the Manchester United side that won the Double in 2008, both a Champions League and Premier League trophy. A midfielder for 464 matches, he demonstrated excellent anticipation and creative vision to help the Red Devils achieve a total of five Premier League titles in addition to a Europa League victory in 2016.

Signed for £1.5m in 1981 from West Brom, Bryan Robson developed into the longest-serving captain in Manchester United’s history where he served for six years. Robson led the team in winning the European Cup Winners’ Cup, three FA Cups, and the Premier League twice in the latter stages of his career.