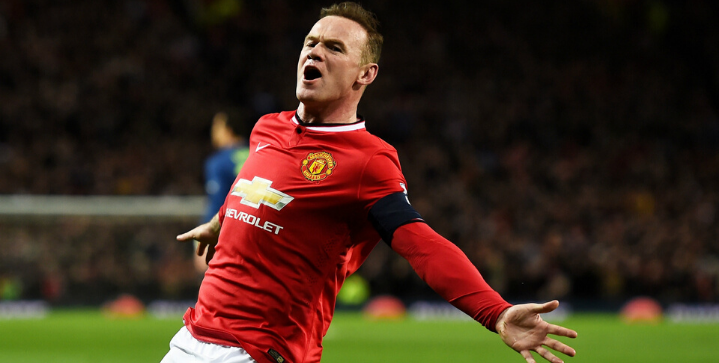 From defensive midfielders to forwards, Manchester United have featured some of the world’s best number 10s over the years.

Let’s take a look back at some of the best Red Devils player to wear the number 10 shirt.

Manchester United legend Nobby Stiles made 395 appearances for the Reds, helping the club win the league twice along with the European Cup during the 1967/68 season.  The defensive midfielder also became a Three Lions great, helping England win the World Cup in 1966.

Second on Manchester United’s career goalscorers list with 249 strikes (just behind Wayne Rooney), midfielder Bobby Charlton featured in 758 games and earned 12 trophies. He won the Ballon d’Or in 1966 after leading England to the World Cup and United to a league title. An FA Cup winner, he also helped the Red Devils take home the European Cup during the 1967/68 season.

The Scottish midfielder played over 400 games for the Red Devils, helped the club win a 1977 FA Cup trophy and win back promotion into the First Division in 1975.

The Manchester United academy graduate earned 130 appearances with the senior team, scoring 36 goals. The striker helped the Red Devils lift the European Cup during the 1967/68 season before moving to play for a slew of other English sides including Arsenal and Manchester City.

Matt Busby’s final signing at Manchester United, Northern Irish midfielder Sammy Mcllroy helped dig Manchester United out of the second league into the first league in 1975. He played an instrumental role in helping the club snatch FA Cup glory in 1977. He scored 57 goals in 342 league appearances for the Red Devils.

Widely considered the best center-forward during the early 1980s, Frank Stapleton signed for the Red Devils from Arsenal for £900,000 in 1981. The Irish football legend helped kickstart United’s 70s trophy drought with two FA Cups in the early 80s along with a 1983 Charity Shield.

The former Man United midfielder and striker Norman Whiteside had a short but stellar career. Before retiring at the age of 26 due to a knee injury, Whiteside helped the Red Devils win two FA Cups — he scored the winner in the ’85 FA Cup final — and the FA Charity Shield in 1983.

He remains the youngest player to score a senior goal for Manchester United whom he signed for at the age of 17 in 1982. He scored 68 goals in 278 league and cup games during his 7-year career at Old Trafford.

Wales striker and midfielder Mark Hughes enjoyed two stints with the Red Devils where he scored 88 strikes and 17 assists in 249 matches for the club. But his trophy-case was even more impressive. He helped the Red Devils to two Premier League titles, three FA Cups, a Football League Cup, a European Cup Winners’ Cup, and a European Super Cup.

A three-time Premier League winner along with a Champions League and FA Cup, striker Teddy Sheringham enjoyed a prolific four-year career at Manchester United. The center-forward finished his tenure at Old Trafford with 46 goals, 28 assists, in 153 matches.

He cemented his legendary status in Old Trafford glory with a dramatic equalizer and game-winning assist in the 1999 Champions League final against Bayern Munich.

During a short but sweet Manchester United career, Swedish great Zlatan Ibrahimovic notched 29 goals and 10 assists in 53 games at Old Trafford. He helped the club win the Europa League in 2017 under coach Jose Mourinho.

We couldn't have put it better ourselves 😍#MUFC @Ibra_Official pic.twitter.com/aLDxFr6n4E

One of the best young forwards in world football, Marcus Rashford makes the list because of what he’s already accomplished at Old Trafford — 64 goals and 31 assists in 201 appearances — and what he promises to deliver in the future.

The 22-year-old is an integral part of United’s rebuild post-Ferguson and wants to repay the club back in various trophies.

The Best Wingers of All-Time