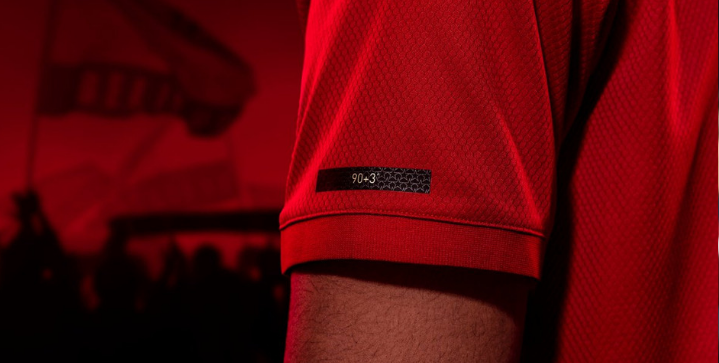 Manchester United have released their home kit for the 2019/20 season. Designed by Adidas, the kit celebrates the team’s treble-winning season 20 years ago.

The all-new crest is perhaps the most notable aspect, given its adaptation from the 1998/99 season.

What makes the kit even more special is that United’s coach, Ole Gunnar Solskjaer, was the player who came off the bench to score the 93rd-minute winning goal in the 1999 Champions League final to help secure the Treble.

Even more, the kit displays the time of both stoppage-time goals against Bayern Munich in that final on the left sleeve.

Of course, some fans and pundits alike are questioning the shirt’s design given that the Red Devils aren’t even playing in the Champions League next year. What are your thoughts on the new kit?