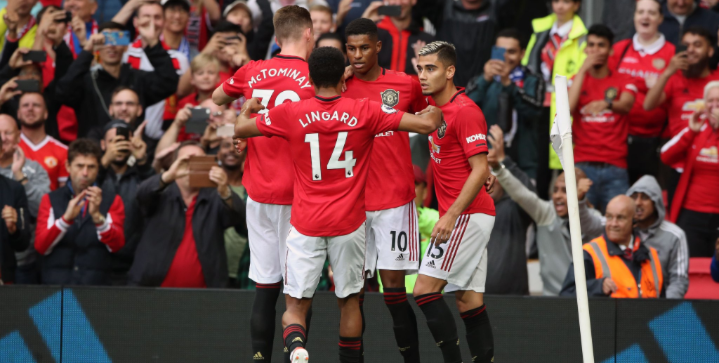 Manchester United took care of business in the first game of the Premier League season against rivals Chelsea.

The game marked the first time that two former players from Manchester United and Chelsea, Solskjaer and Lampard, competed as club managers. But it was Solskjaer’s squad who went on to earn a comprehensive 4-0 victory against the Blues.

The Blues enjoyed spells of fluid play but suffered from poor finishing and multiple defensive mistakes against a young and speedy Manchester United side featuring new signings Aaron Wan-Bissaka and Daniel James. The average age for United’s starting eleven was 24.1 years, a nod to the ‘Class of 92’ which featured youngsters Ryan Giggs, Paul Scholes, the Neville brothers, and David Beckham.

Pulisic’s arrival did nothing to stop United from piling on the goals. Anthony Martial netted in the 65th minute, 95 seconds later followed by another goal for Marcus Rashford. Winger Daniel James added another in the 81st to deliver the final blow.

Chelsea will rue their chances early on in the match when they looked the better side. Critics will also point the finger at Lampard’s starting lineup which kept Kante and William on the bench. Chelsea had no answer for United’s counter-attacking in the second half.

While United’s young class have started the season strong, Chelsea’s class of 2019 will be out to prove their resilience and durability against Liverpool this Wednesday in the UEFA Super Cup. The Blues face Leicester City next Sunday at Stamford Bridge.