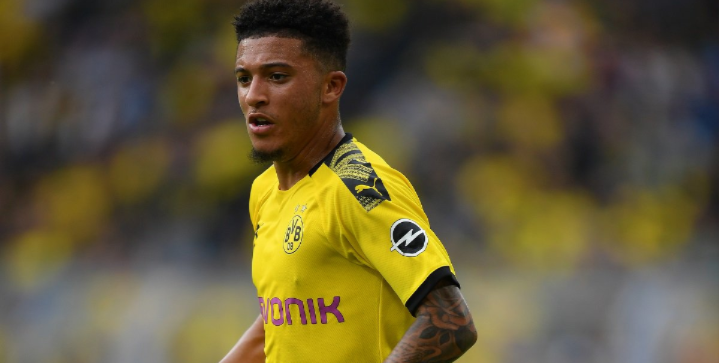 Manchester United are making 19-year-old Borussia Dortmund starlet Jadon Sancho a priority transfer for the January window. He’s been linked with the Red Devils since the end of last season.

The England international is already enjoying a stellar start to his latest Bundesliga campaign, notching three goals and three assists in four games. He’s tallied 21 assists and 16 goals in 57 matches across all competitions.

“If he keeps improving and acquires a few more attributes, he’ll be one of the best in the world,” said Sancho’s teammate Paco Alcacer:

Aware of the incoming interest from other leagues, Borussia Dortmund has proactively given Sancho a new contract awarding him £190,000-a-week which is more than double the player’s previous salary. Sancho is now one of Bundesliga’s highest-paid players with his contract expiring in 2022.

“At the moment, Jadon is very happy with us,” said Dortmund’s sporting director Michael Zorc.” I don’t know anything about the rumors of a move to England.”

Sancho’s revised contract knocks up his transfer value to €150m and €200m, according to the CIES Football Observatory.

United will have to make an ambitious bid to bring the rising superstar from Germany, especially with other suitors like Real Madrid and PSG knocking at the door.

Get ready for the latest transfer saga to take the stage in just a few months time.