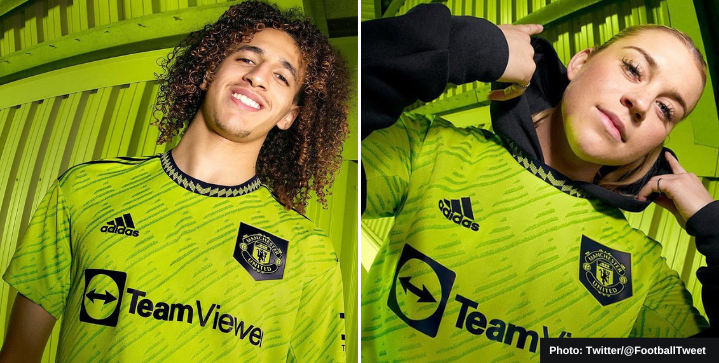 It’s good to be back, for most Premier League ‘big six’ fans anyway. But the bad week just keeps piling on for the Manchester United faithful.

After losing their Premier League home opener 2-1 to Brighton, the club teased a third kit that’ll make one think twice about using a highlighter again.

TikTok influencer Castro1021 appears to have first dibs on unveiling the yellow shirt, which is expected to get an official release ahead of the Brentford game this weekend. We’ve got a feeling this man will be starting.

Fans are already chiming in on the shirt’s release saying that it looks “more like the keeper 3rd kit” and “it’s brighter than united’s future.” Others are saying the yellow actually looks “puke green.” Wonder what England Euro sensation and Manchester United forward Alessia Russo thinks about the shirt.

Say what you want about the “slime” kits with the zig-zag printed collar, but the club faces bigger challenges on the pitch.

The Red Devils have moved quickly in strengthening the squad after yesterday’s loss with an agreement with Juventus for Adrien Rabiot and in talks to sign Bologna forward Marko Arnautović.

However, the club is in its 13th week trying to nail down the deal for Barcelona misfit Frenkie De Jong.