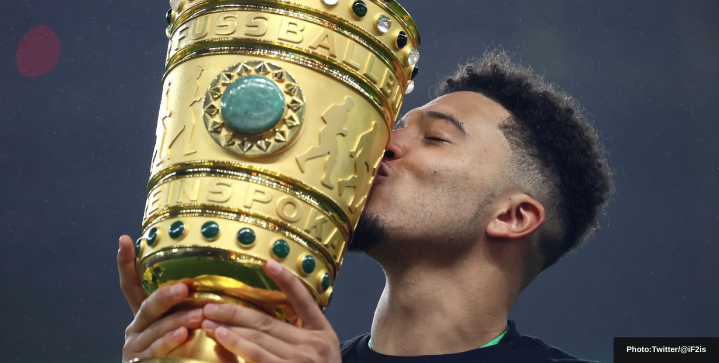 Manchester United appear one step closer to signing Jaden Sancho after agreeing to personal terms with the player.

After a failed €78m bid for the star winger, the Red Devils are ready to increase their offering price. The second bid should be in the range of €95m plus bonuses with the expected repayment period less than five years.

Manchester United know since April that Borussia Dortmund want €95m for Jadon Sancho. Negotiations ongoing after personal terms agreed until 2026 – now it’s about payment terms, how to deal with “add ons structure”… and €95m to be guaranteed to BVB. Work in progress. 🔴 #MUFC

“I don’t really look at it [the speculation]. During the season, I always focus on myself & the team… That’s the most important thing. [The noise] is a part of the game,” Sancho told Talk Sport.

United has been linked with the star winger as far back as September 2019. But this time the club’s approach more aggressive, showing a willingness to do business early in the transfer window despite the start of the Euros.

Should talks fail between United and BVB, Solsjaer will turn his attention to Ousmane Dembele, Callum Hudson-Odoi, or Cristiano Ronaldo as possible alternatives.