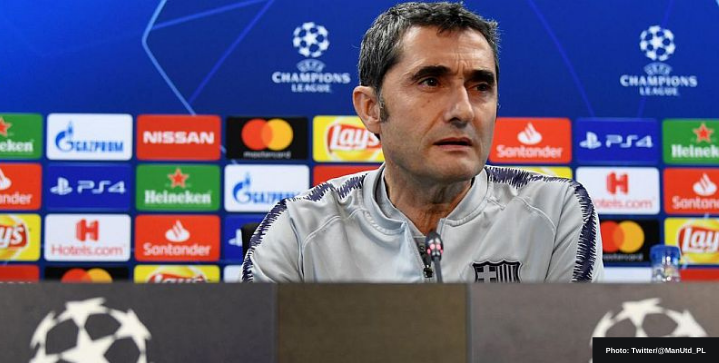 Mauricio Pochettino remains United’s number one choice, so Valverde is considered an interim backup option should PSG not let Pochettino leave this season.

Coincidentally, Pochettino is currently in Manchester for PSG’s clash against Manchester City in the Champions League group stages, which could help move talks along.

Valverde: the man to hold things together until the end of the season?

Valverde has never liked taking charge of teams midway through the season, but the calling from a top club like United doesn’t come every day.

The 57-year-old Spaniard holds an impressive resume, having coached Barcelona to two La Liga titles and a Spanish Cup in just three seasons with the club. It’s fair to say the Catalan giants sacked him too early as they’ve not won the league since his departure.

Valverde could do very well to salvage the rest of United’s season. According to reports, Valverde has already outlined the players that could help boost United’s roster until the end of the season.

In the meantime, Michael Carrick takes charge of the Red Devils for the foreseeable future. United, currently atop Group F, face off against Villarreal in the Champions League group stages tonight.