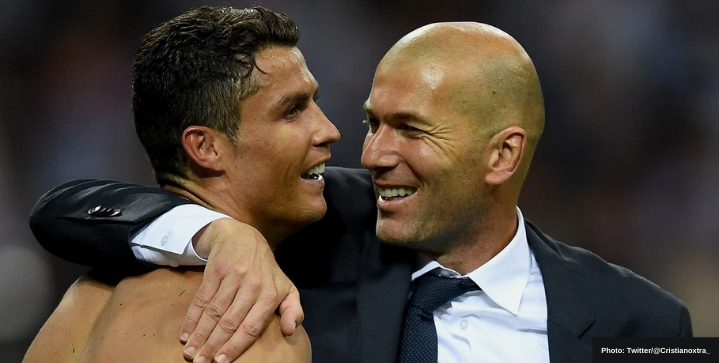 According to The Sunday Times, Manchester United are working hard to persuade Zinedine Zidane to take over the club’s managerial role. And they want superstar Ronaldo to play an integral role.

With pressure on Ole Gunnar Solskjaer mounting — Manchester City drubbed the Red Devils 2-0 before the international break — the club is looking for reassurances at Old Trafford.

The Frenchman’s resume, like his list of silverware as a player, is impressive. 49-year-old Zidane, who left Real Madrid for a second time at the end of last season, is a serial winner. He led Los Blancos to three consecutive Champions League titles and snatched a La Liga title during his second stint at the Santiago Bernabéu.

Zidane previously stated he was ‘not interested’ in the United job when asked late last month. After all, the wonder man aims to coach the French national team after next year’s World Cup. But his old squad players, including superstar Ronaldo and Raphel Varane, could be critical in wooing Zizou to Old Trafford.

According to reports, the owners of Manchester United — the Glazer family — are personally consulting agent Ronaldo to work his magic in convincing his old boss. After all, it was Ronaldo who issued the plea to sign Zidane after the club’s draw to Everton last month.

“The confidence that a player needs doesn’t only come from himself but also from the players around him and the coach. You need to feel like you are an important part of the group and Zidane made me feel special,” said Ronaldo after the duo spent three trophy-laden seasons together at Real Madrid.

There is no doubt that United are in desperate need of a leader to galvanize an underperforming squad. With Antonio Conte off the market at Spurs and Erik ten Hag committed to Ajax, the Red Devils can’t afford to give up on the opportunity to appoint Zidane to salvage the rest of their season.

Barcelona eager to nail down new Gavi contract this week