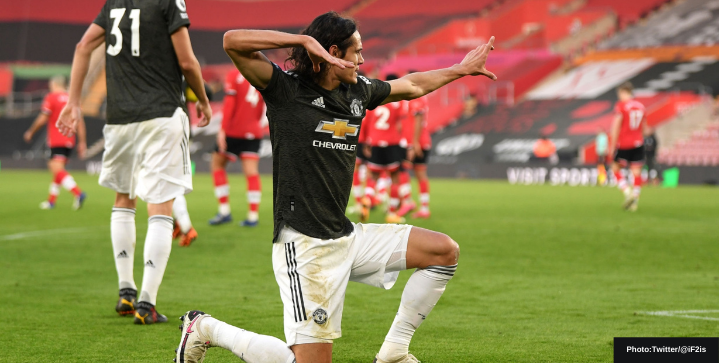 Manchester United are ‘confident’ in keeping Edinson Cavani at Old Trafford next season. The Uruguayan signed a one-year deal in October 2020 with an option to extend further.

While speculation mounted that Cavani wanted to return to South America to play for Boca Juniors this summer, Ole Gunnar Solskjaer thinks he can convince the 34-year-old to stay.

#ManchesterUnited are confident to reach an agreement with Edinson #Cavani to extend the contract until 2022. #BocaJuniors have offered a contract until December 2023, but #MUFC are pushing to close the deal soon. #transfers #mutd

“He was out for a long time before he came here,” Solskjaer said after the team’s first Europa League semi-finals leg against Roma.

“He’s had injuries, worked hard and showed his quality. He knows I’d love to have him for another year. I understand it’s been very difficult for him.

“I’ve promised him Old Trafford and Manchester is a different place with fans in and I must try to get that feeling that Manchester is a good place to live. I’m doing my best.

“We don’t have to sell it to him; it’s about how he feels coming in every day, the team we are creating, he’s part of it.”

Is the number 7 curse over?

The striker is so far living up to the iconic number 7 shirt for the Red Devils. Cavani has scored 7 goals in his last 6 games, including a brace in each of the Europa League semi-final legs against AS Roma.

The veteran forward has 14 goals in all competitions this season, averaging a goal every 131 minutes for Man United, the current best rate for any United player.

“El Matador” has been a real treat for Manchester United fans who’ll be looking to seal the club’s first trophy at Gdansk under Solskjaer this season.

Solskjaer is the first person to reach a major European final as both a player and a manager for the Red Devils.

Do you think United can convince Cavani to renew his contract another year?

One of the finest goal I have seen in a football match is the one scored by Edison Cavani against Roma.#UEL 2021 pic.twitter.com/ZdQAxIicwS