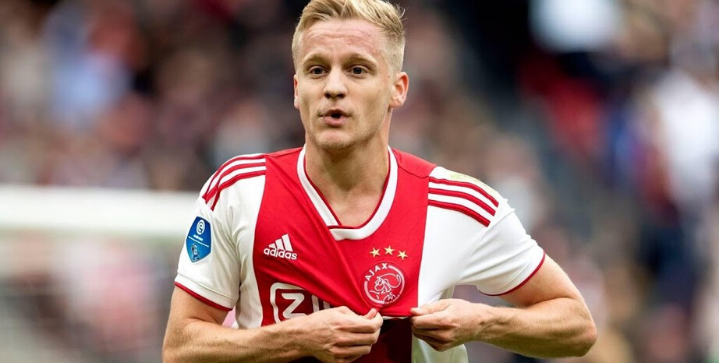 Manchester United are keen to secure the transfer of Ajax midfielder Donny van de Beek this month, according to ESPN.

The 22-year-old Dutchman is valued in excess of £50 million and is considered a more realistic choice in the January window than Leicester City’s James Maddison.

Solskjaer’s side are looking for fresh signings to help shore up a weakened midfield due to the injuries to Scott McTominay and Paul Pogba.

Is Van De Beek a good fit for Manchester United?

The Red Devils currently sit 5th in the Premier League table with a board that continues to plead for patience with Solskjaer as the head coach.

Highly effective in and around the opposition penalty box, Van De Beek could help give the Red Devils boss a much-needed boost.

He’s been directly involved in 0.6 goals per game from central midfield in the Eredivisie this season while placing 5th in the Dutch league with passes creating clear goalscoring chances.

United may also feel pressured to get the deal done this window or risk losing the player this summer. Van de Beek was previously linked with Real Madrid.

Would Van De Beek be a good fit for United’s system? Tell us on Twitter.