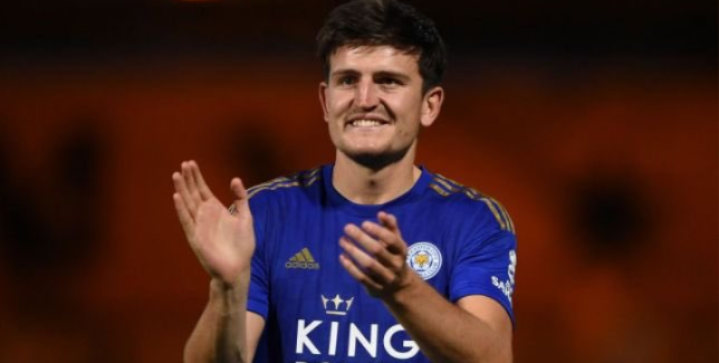 Leicester City’s Harry Maguire is set to become the most expensive defender ever with an £85 million ($100 million) deal that moves him to Manchester United.

The exorbitant fee beats out Liverpool’s signing of defender Virgil Van Dijk in January 2018 for £75 million and levels Ronaldo to Real Madrid’s fee of £80 million ahead of the 2009/10 season.

The 26-year-old Maguire also becomes the Red Devils third summer signing after Daniel James and Aaron Wan-Bissaka. Maguire preferred a move to United’s cross-town rivals Manchester City but the Sky Blues refused to splash the cash for the player’s signature.

Maguire’s value has increased a whopping 3,100% in the last five years having signed for Hull for £2.5m in 2014, Leicester City for £17m in 2017, and now the £80m to Manchester United. While Leicester make a substantial profit for the sale, Brendan Rodgers and team will need to buy another center-back before the transfer window closes next week.

The England international starred in the country’s 2018 World Cup, helping the Three Lions advance to the semi-finals. The 6’4 center back also won 78% of his aerial dues in the 2018-19 Premier League season, ahead of Virgil van Dijk (75%). He will help fortify a Manchester United defense alongside Wan-Bisakka, Lindelof, and Luke Shaw.

United fans can now shift their attention to the signing of Paulo Dybala in a potential exchange for United forward Romelu Lukaku.