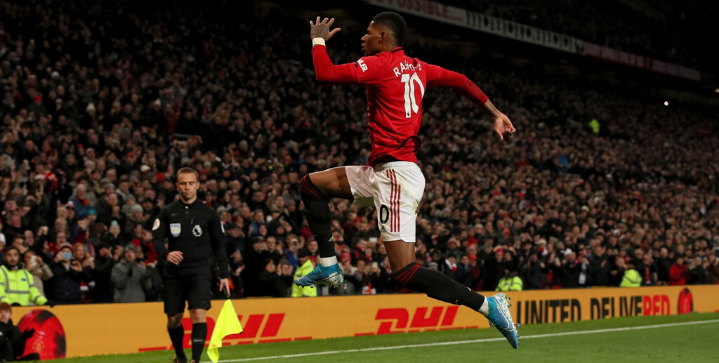 The Red Devils go a point ahead of Spurs who remain in 8th place after winning their first two matches under Jose Mourinho.

Here are 5 things we took away from Mourinho’s return to Old Trafford.

As dismal as Solskjaer’s been at Manchester United with the team’s worst start in 30 years, he gets the wins when he needs to.

Man United have not lost against any of the Premier League ‘big six’ this season including wins over Chelsea, Tottenham, Leicester City, and ties to Liverpool and Arsenal.

Tonight’s 2-1 victory over Mourinho’s Spurs may give Ole the extra cushioning he needs to keep his job. But it also further complicates United’s decision to sack the Norwegian and replace him with former Spurs boss Mauricio Pochettino.

But will Man United keep their faith in the boss? All eyes will be on the Red Devils boss to see if he can continue his stroke of good fortune against Manchester City on Saturday.

Dele Alli continues to shine under Jose Mourinho. The 23-year old England international scored a beautiful equalizer off a sublime first touch to tee himself up in the 38th minute. VAR signed off on the goal of the season contender as well, unable to find evidence of a handball.

Alli, and not “Alli’s brother” as Jose famously joked around, has now scored more Premier League goals this season in three games under Mourinho than he did under Mauricio Pochettino.

Alli seems to be a renewed player so far under the Special One.

3. Marcus Rashford is a better player under Solskjaer than Mourinho

While Dele Alli is flourishing under Mourinho, Marcus Rashford is enjoying a prolific goalscoring display under Solskjaer.

The 22-year old scored a brace tonight giving him 12 goals in all competitions this season. The double brings his tally to 16 goals in 34 games under Solksjaer versus 15 strikes in 81 games under the tutelage of Mourinho.

According to Squawka, Rashford put as many shots on target in today’s match (4) than he did through 14 games under Mourinho.

Rashford also has 4 assists this season.

While Manchester United fans gave Mourinho a proper reception at Old Trafford, they’ll be even more grateful for the result. The Red Devils move back up the Premier League table to 6th place.

Meanwhile, Mourinho’s squad still have a few things to sort out given tonight’s passive performance. The Red Devils kept control of the midfield with Fred and McTominay teaming up well in the absence of Paul Pogba. United also played the match with more energy and emotion, and perhaps with a point to prove against their former boss.

“The way we come to the game by the emotional way, they had more emotion than us, you see for example McTominay performance, the globality of his performance, he was dominant,” said Mourinho in his press conference.

“United results against the best teams this season have been good. Chelsea, Liverpool, Leicester. They are not afraid to have a defensive approach. It is easier for them against better teams, against teams who want more of the ball.”

5. Next test for the Red Devils: Manchester City

Manchester United will face crosstown rivals Manchester City this Saturday in what will be another statement game for the club and Solskjaer’s tenure.

Will Rashford keep scoring against the big six? Can the Fred and McTominay partnership continue to bloom? Can the Red Devils eke it out against another top-six opponent?