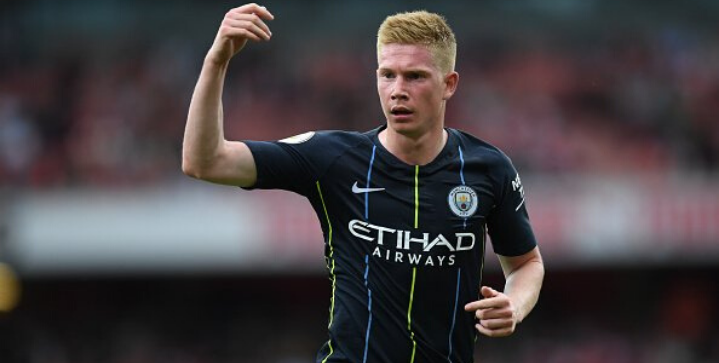 One of the more recent clubs to advance the tables in Europe, Manchester City are quickly becoming a hegemon under the leadership of Pep Guardiola. Below are Man City’s all-time greatest XI to-date.

The Belgium center back has been at Man City for over a decade, providing a fortress of defense for the side. In 336 appearances, the former captain has helped lead the team to three Premiership titles, one FA Cup, and two Community Shields.

Known as ‘The King’, Englishman Colin Bell propelled Man City into the First Division after his first year with the club. He went to help City win the league twice, including an FA Cup in 1969, and a League cup in his 13 years with the club.

A two-time FA Cup Winner and Premier League champion, Kevin de Bruyne won Player of the year for his stellar 2017 – 2018 season where he scored 12 goals and bagged 21 assists. The ultimate midfield creator is looking to repeat last year’s fantastic run.

The Bosnian striker Edin Dzeko played 5 seasons with Man City, making 130 appearances and scoring 50 times. He played an indispensable role in one of City’s most successful runs in history, helping the team win the league twice, along with an FA Cup, a League Cup, and a Super Cup.

Signing onto Man City for a club-record £60,000 in 1967, the winger led Man City in one of its most successful eras. He lifted the Premiership trophy in his inaugural season, followed up by a successive FA Cup win, League Cup, and Cup Winners Cup.

Along with teammate Francis Less, Mike Summerbee was part of one of the more successful years at Man City. He earned 452 caps with the club, firing away 68 goals over three seasons en route to the FA Cup, Premier League trophy, Cup Winners Cup, and League Cup.