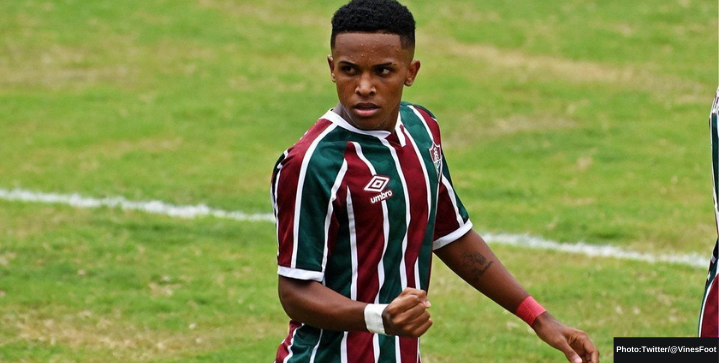 Manchester City have signed Brazilian starlet Kayky from Fluminese for £9 million plus add-ons.

Dubbed the “left-footed Neymar,” the 17-year-old Kayky is a first-team regular with his Brazilian side where he’s scored 2 goals and an assist in 8 state championship matches this year.

The wonderkid will finish up the season in the Brazilian league before moving to the Etihad early next year where he’ll join up with City’s Under-23 youth side.

Man City also signed 18-year-old Metinho from Fluminense to a five-year contract in the same deal as Kayky. The midfielder’s agreement with the City Football Group includes €5million + add-ons.