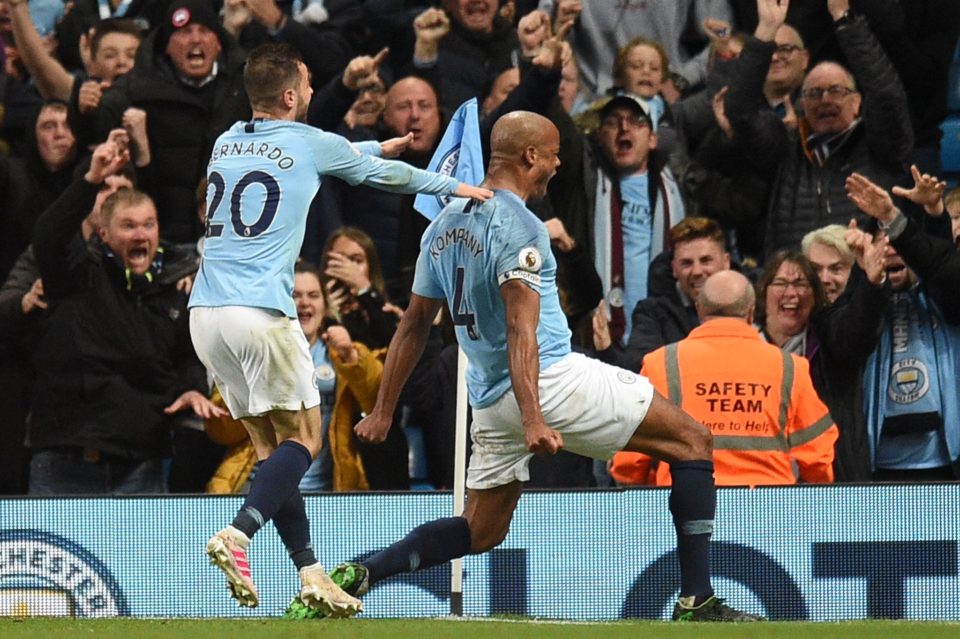 They might have trailed Liverpool by 7 points on New Years Day, but Machester City are now on top of the Premier League table with a dramatic win last night against Leicester City.

After teammates including his head coach Pep Guardiola encouraged him “not to shoot,” Vincent Kompany took it upon himself to do exactly that. Kompany scored a 30-yard screamer from outside the box.

“Everyone was saying don’t shoot but I’ve not come this far in my career to be told when I can and can’t shoot,” the 33-year-old Belgian defender said.

“I’ve had 15 years of top-level midfielders telling me not to shoot but I always told them one day I am going to have a shot from outside the box and I’m going to score a goal.”

“I was getting annoyed, hearing everyone saying ‘don’t shoot’.

"I’ve done enough in my career to not have young players tell me what I can and cannot do.”

Kompany’s goal put a dent in Liverpool’s chances of winning its first title since 1990. Meanwhile, Guardiola’s Citizens are on their way to consecutive Premier League titles. Conveyed the Spanish head coach, the title “is in our hands.”

Kompany is out of contract at the end of the season and will have a sit down with Guardiola to discuss future plans. “I do not know at this point. [I’m] absolutely not [retiring], ” said the three-time Premier League winner and former Premier League Player of the Year. “I am going to play. Nothing is written in stone. I play every game in my career as if it’s the last game of my career.”

Manchester City can secure the Premier League with a victory over Brighton on Sunday, May 12.