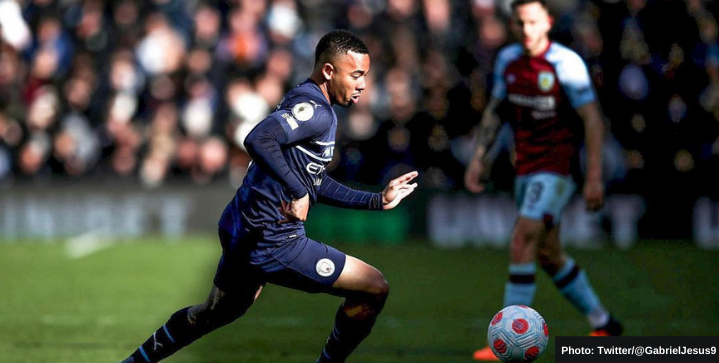 Gabriel Jesus expects to leave Manchester City this summer. The club are working to negotiate the exit of the striker, who appears to be falling down the pecking order of Guardiola’s side.

Jesus, who signed for City from Brazilian side Palmeiras in 2017, has scored 89 goals and notched 45 assists in 228 outings for the club. However, he’s only started six games this term, partly due to injuries.

With Manchester City on the hunt to sign Erling Haaland this summer, the Cityzens will need to raise all the necessary funds to do big business. The Norwegian goal machine is currently valued at $165 million, with Real Madrid also competing for his signing.

Should Jesus stay at the Etihad, he’ll forfeit his number 9 to Haaland and go back to number 33, a kit number he wore when he first joined the club.

Gabriel Jesus on short-list of options for Arsenal, Barcelona, and Juventus

Barcelona are considering a €30m bid for Jesus, whose contract expires at the end of the 2022/23 season. Man City value him at €40M.

Juventus and Arsenal are also keen on the Brazilian as a potential 2nd striker who can play outside wide. Juventus signed Dusan Vlahovic from Fiorentina last January.

Arsenal are still looking out for an attacker after they lost out on the bid for Vlahovic to the Italian giants. Arteta is also interested in Everton striker Dominic Calvert-Lewin, with Lacazette and Eddie Nketiah turning free agents in June.

Where would you like to see Gabriel Jesus play next season?