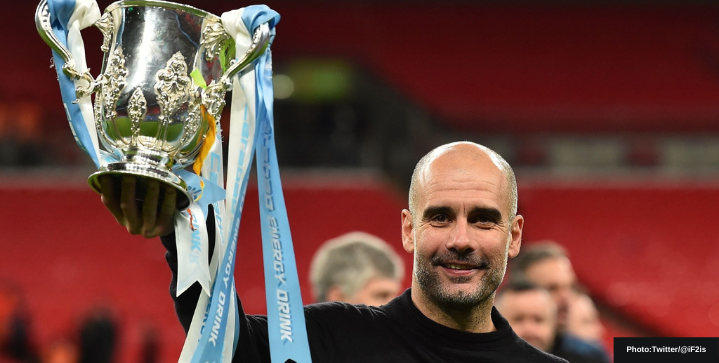 With his third Premier League title in five years as boss, Pep Guardiola has now won as many top-flight English league titles as José Mourinho, Arsène Wenger and Bill Shankly. The latest piece of silverware gives the Spanish boss an incredible total of 31 trophies in 12 seasons across Barcelona, Bayern Munich, and City.

"I destroyed football like you destroyed the Premier League"

Pep Guardiola's speech to his @ManCity players after their first PL triumph is as epic and poignant as ever 🏆 pic.twitter.com/j1G88yYpER

One of the greats

Guardiola has earned a hat-trick of titles in three different leagues. But even he admits that this season’s trophy was exceptionally difficult.

“This has been a season and a Premier League title like no other. This was the hardest one. We will always remember this season for the way that we won. I am so proud to be the manager here and of this group of players. They are so special,” Guardiola told the club’s website after clinching the title.

It’s hard to remember City’s rough start to the season. Guardiola’s side were 13th in the Premier League after losing to Tottenham in November. The Citizens were virtually unbeatable mid-December on.

“Everything Man City have done on their way to securing Guardiola’s third Premier League title is down to him and the way he has got them playing,” former City player Micah Richards told BBC Sport.

After nailing down the league title and Carabou Cup, next on Guardiola’s list is securing the club’s first Champions League trophy at the end of the month. Just like City’s iffy start to the Premier League this term, the final match in Istanbul won’t come easy against a red-hot Chelsea side. But if any boss knows how to steady the ship, it’s Pep Guardiola.