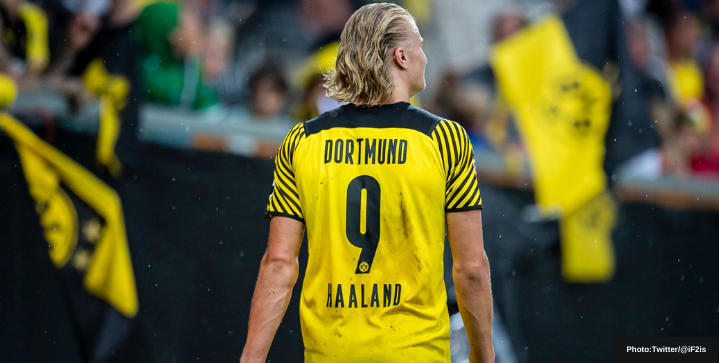 Manchester United has ordered new interim manager Ralf Rangnick to sign Erling Haaland next summer. Doing so will land Rangnick a €10 million bonus, according to BILD.

The Red Devils failed in their first bid to lure the Norwegian striker to Old Trafford before he u-turned to Borussia Dortmund. It almost felt like a sure-bet that Haaland would play under then United boss Ole Gunnar Solskjær, who coached the teenager at Molde.

Just 21 years old, Haaland remains one of the deadliest strikers in the world. Dortmund placed a whopping €180 million ($212M) exit price on the youngster last year, more than double his valuation the prior season. It was former Red Devils star Rio Ferdinand who said at the time that United should sign Haaland whatever the price.

Haaland recently finished 11th in the Ballon d’Or voting, scoring 38 goals in 38 games and notching 10 assists for BVB in 2021.

It appears that United once again have a leg up in signing the Golden Boy winner. Haaland played for Red Bull Salzburg when Rangnick managed the football operations for all of Red Bull’s club teams. Rangnick is said to be on good terms with both the player and his father, Alf-Inge, and the player’s agent Mino Raiola.

But as we witnessed with Solskjær, relationships can only go so far. United will also have to battle the likes of PSG, Manchester City, and Bayern Munich for the star player’s signature.

With an aging strikeforce that includes Ronaldo and Edinson Cavani, there is no doubt that Haaland is the perfect player to carry the torch and turn back United into the world’s best. Rangnick can’t help himself but eye a Sancho-Haaland reunion as well.