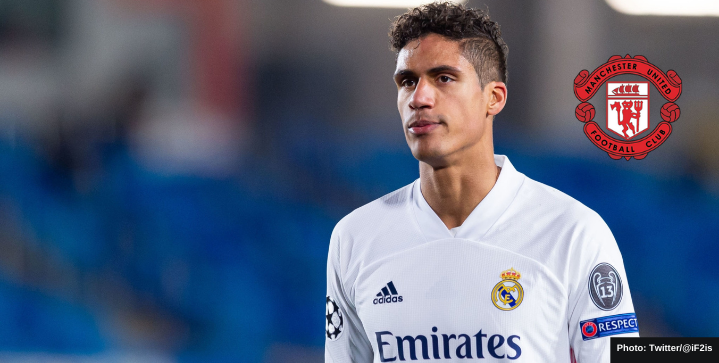 Manchester United are expected to make an opening offer for Raphael Varane after growing confident that the player wants to come to Old Trafford.

The 27-year-old center-back remains uninterested in renewing his contract at Real Madrid which expires at the end of next season. Varane’s priority is a new experience and change of scenery.

Madrid expect to offload the center-back to Manchester United for an estimated €60m. And Los Blancos want the cash now to avoid losing Varane as a free agent after 2022.

Veteran defender Sergio Ramos already left the Santiago Bernabéu for Paris Saint-Germain this summer. Despite the absence of Ramos and Varane, Carlo Ancelotti feels optimistic about his current backline led by Nacho, Eder Militao, and the ever-versatile David Alaba.

Varane, a 4-time Champions League, 3-time La Liga, and World Cup winner, is currently valued at £63 million according to Transfer Market. The Red Devils are certain they can land the player at the requested figure. Liverpool have also stopped dialogue with Varane’s camp given United’s front seat in the negotiations.

Varane could’ve been a Red Devil in 2011

Ole Gunnar Solskjaer is looking to bolster his fickle defense next term to return United to the glory days. United haven’t won the Premier League since the 2012/13 season, nor have they won the Champions League trophy since that iconic Solskjaer super-sub goal in 1999.

Varane is still one of the world’s best center-backs and has a lot of gas left in the tank. The Frenchman’s arrival also gives United options, allowing Varane to pair up with Harry Maguire as an alternative to Victor Lindelof.