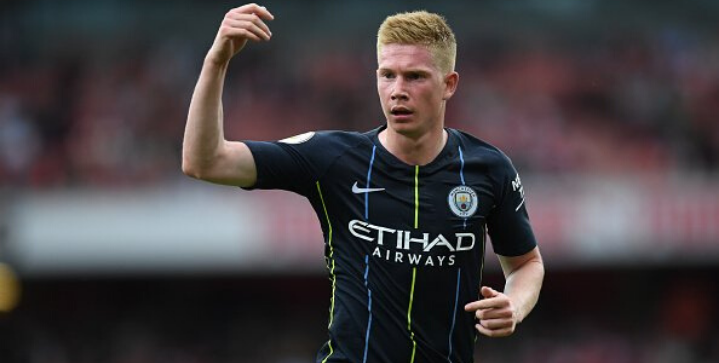 Manchester City is the latest addition to one of football’s best clubs this century, having received huge investments in coach and player talents from new owner Sheikh Mansour bin Zayed al-Nahyan who bought the team for £210 million in 2008. From the likes of Sergio Aguero to Pep Guardiola, let’s take a look back at some of City’s best signings of all time.

One of the more recent clubs to advance to the top of the tables in Europe, Man City are quickly becoming a dominant force under the leadership of Guardiola. Hired in the 2016-17 season for £15.3 million a year, Guardiola has already won the Premier League with a record-breaking 100 points, 19 points above second-place Manchester United. While there seem to be little obstacles to his team in the Premier League, his next challenge is winning the Champions League.

Vincent Kompany 2008– from Hamburger SV for an undisclosed fee

The Belgium center back has been at Man City for over a decade, providing a fortress of defense for the side. In 336 caps, the captain has helped lead the team to 3 Premiership titles, 1 FA Cup, two Community Shields.

A two-time FA Cup Winner and Premier League champion, Kevin de Bruyne won Player of the year for his stellar 2017 – 2018 season where he scored 12 goals and bagged 21 assists. The ultimate midfield creator is looking to repeat last year’s fantastic run.

The Bosnian striker Edin Dzeko played 5 seasons with Man City, making 130 appearances and scoring 50 times. He played an indispensable role in one of City’s most successful runs in history, helping the team win the league twice, along with an FA Cup, a League Cup, and a Super Cup.

Raheem Sterling 2015– from Liverpool for £44 million

The 24-year old winger and attacking midfielder Raheem Sterling starred on the Manchester City team that won the Premier League in the 2017/18 season. With 48 goals in 151 matches, the pacy dribbler poses his biggest threat on the wing.

Manchester City’s most recent signing, Riyad Mahrez, came to the club for a record transfer fee of £60 million. The Algerian winger already has seven goals in 23 games with the club. He looks to bring the team its first Champions League trophy this year.