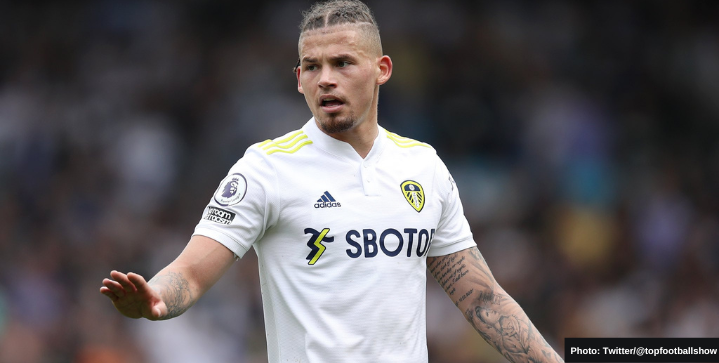 Manchester City means business this summer. Hot off the heels of signing Erling Haaland for a £51M transfer fee, the Cityzens have made a deal with Leeds United to pen England international Kalvin Phillips for £42M plus add-ons.

Man City midfielder Darko Gyabi will go separately for £5m as part of the arrangement.

Phillips, a young developing midfielder, is bound to flourish under Pep Guardiola, with whom the 26-year-old turned down other clubs to work. “I was mesmerized by Pep Guardiola giving me a handshake,” said Phillips back in 2020.

Phillips is expected to replace Fernandinho, who left the Etihad after nine seasons.

City, who have already won the Premier League under Guardiola four times, can now say they have a complete midfield with Phillips as Rodri’s defensive midfield understudy. But will Phillips ever start?

Spanish international Rodri is one of the best DMs in the Premier League. Perhaps Guardiola sees this as an opportunity to give Rodri some fresh legs for the biggest games.

Phillips will hope that he doesn’t harm his Qatar World Cup chances by leaving his hometown club, Leeds, where he had two years left on his contract.

Phillips remains a starter in England’s midfield after having an impressive stint at the Euros last year. Perhaps Guardiola, whose brilliance is often criticized for over-thinking, has a unique role in mind for Phillips. After all, the player comes from Bielsa’s possession-based team.