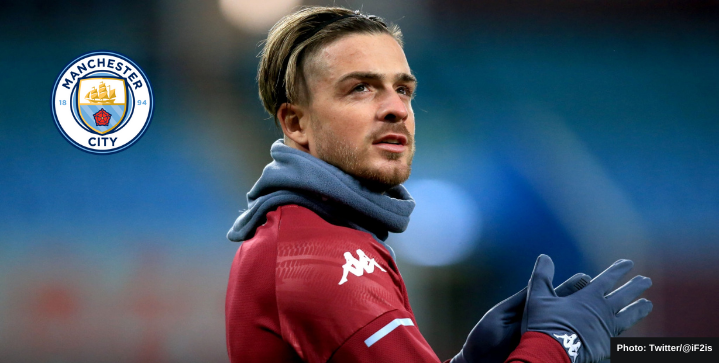 Manchester City have put together a £100 million package in a bid to sign Jack Grealish from Aston Villa, according to multiple reports. The deal would make the midfielder English football’s first £100m player.

While Villa are offering Jack a new deal, the club is still in direct talks with City and will come to a decision over their star man quickly. All the while, Tottenham are still hesistant to sell Harry Kane to City.

25-year-old Grealish was in electric form for Aston Villa this past term. And while he missed a quarter of the season due to injury, he still recorded 6 goals and provided 12 assists in 26 appearances.

But more than Grealish’s impressive stats, what stands out is his overall creativity, vision, dribbling ability, and consistency. When fit, he’s simply one of the best playmakers in the Premier League.

Grealish (172), along with his potential future teammate Kevin De Bruyne (216), have led the Premier League in most chances created since the start of the 2019/20 season.

It’s nearly impossible to get the ball off him. Grealish won 100+ fouls in each of his last four league seasons, one for every 19.5 minutes he spends on the pitch.

“I just see Messi with a right foot when [Grealish] has the ball. You can’t get the ball off him,” said Grealish’s teammate Emiliano Martinez.

Aston Villa have pledged to keep their skipper who helped the club get back into the Premier League for the 2019/20 season. The Villans will continue to hold talks over a new contract.

How would Grealish fare at Man City?

If Grealish becomes the first English £100m player, then Kane — currently valued at $132 million on TransferMarket — is set to become the second and most expensive English footballer of all time.