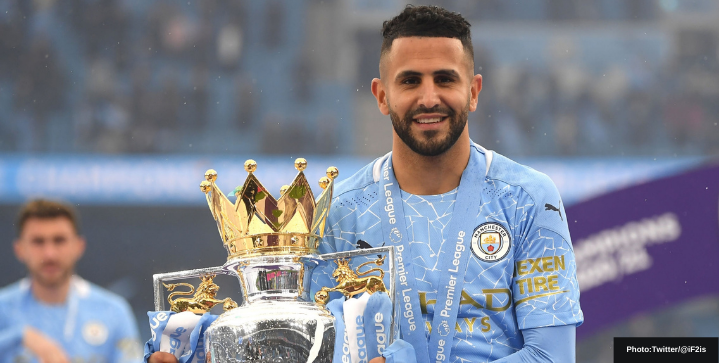 Manchester City star Riyad Mahrez has called reports of him wanting to leave the club this winter “fake.”

Mahrez, one of the 15 candidates for the IFFHS Men’s World Best Playmaker 2021, prefers to stay at the Etihad and fight for his place. The winger has only played a full 90 minutes one time in the Premier League this season.

Pep Guardiola played an attack of Phil Foden, Bernardo Silva, and Gabriel Jesus in the City’s victory at the Manchester Derby just before the international break.

Barcelona immediately pounced on the Mahrez rumors, announcing their interest in the 30-year-old Algerian to help reinforce their attack. PSG and Real Madrid are closely monitoring the situation as well.

The Catalan giants are also interested in a potential loan deal for Raheem Sterling in the January window, aware the England international is looking for more game time.

Could we see both Mahrez and Sterling suit up for the Blaugrana this winter? Let us know on Facebook.