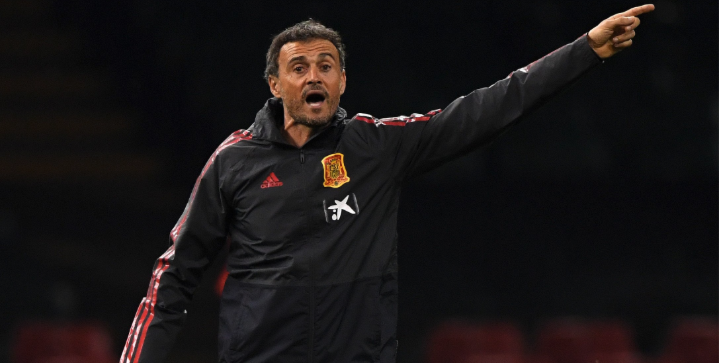 Spain coach Luis Enrique is stepping down for personal reasons after being on leave since March. Assistant coach Robert Moreno will be Enrique’s replacement.

“I want to thank Luis Enrique,” said Spanish Football Federation (RFEF) president Luis Ruibales in a press conference on Wednesday. “We will always have the door open. It has been a decision of Luis himself that we deeply respect, and we appreciate that everyone be respectful of his privacy.”

“The decision of the RFEF is to put its trust on Robert Moreno, who will lead us at Euro 2020. We are convinced he is the best choice in view of the situation we are in.”

The 49-year-old released an official statement about his departure. “Due to the fact that the reasons that stopped me from normally performing my functions as national team coach since last March are still ongoing today,” stated Enrique, “I have decided to leave the post.”

Enrique spent 11 months as head coach of La Roja, guiding the team to 8 wins and 2 losses.

Enrique played for both Barcelona and Real Madrid as a player. He coached Barcelona to its second treble-winning season in 2015, earning the Champions League, Copa del Rey, and La Liga trophies.