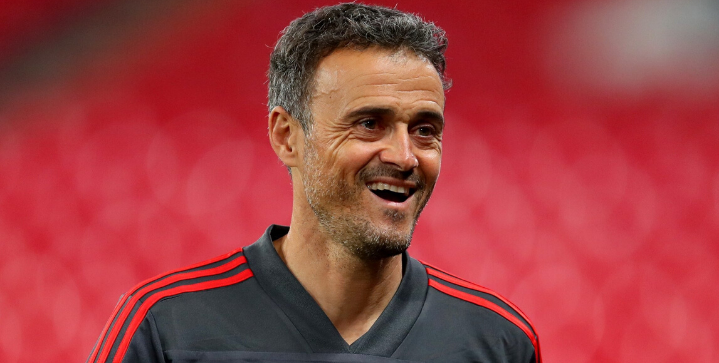 Luis Enrique has been re-appointed as Spain’s head coach, five months after stepping down for personal reasons.

Enrique announced his sudden departure from the squad back in June with less than a year on the job. His daughter sadly passed away from bone cancer last August.

The 49-year-old’s return to the helm has sparked controversy, however.

President of the Royal Spanish Football Federation (RFEF), Luis Rubiales, announced Enrique’s reappointment on Tuesday. The former Barcelona boss will replace Robert Moreno, who took charge of the side after Enrique’s departure.

Robert Moreno enjoyed a perfect start as Spain’s boss, including a 5-0 victory over Romania yesterday which qualified Spain for Euro 2020. According to El Mundo, Moreno left the Wanda Metropolitano in tears.

“Yesterday, we received a call from Robert Moreno. He told us that he is happy with Lucho’s return and would not like to continue as his assistant,” said Rubiales.

“We are very happy with Robert’s work. But the leader of this project is Luis Enrique. We always had the door open for him (Lucho) and we are very happy that he has returned. He is a great coach.”

“Luis Enrique will continue till 2022 World Cup in Qatar.”

The fact that Moreno no longer wants to be a part of Enrique’s staff suggests his displeasure with the move. Spanish Gooner tweeted an explanation of the unfortunate way it all played out.

Unfortunately, Enrique’s triumphant return will be equally remembered for the poor treatment of Robert Moreno.