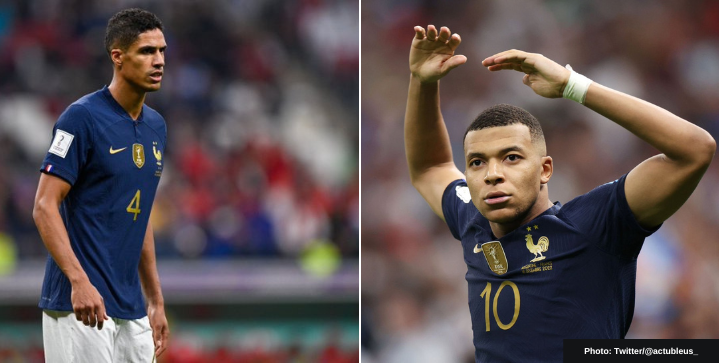 According to Le Equipe, Hugh Lloris has announced his retirement from international football.

The 36-year-old goalkeeper finishes his illustrious career with France as the most-capped player with 145 appearances. He spent 121 of those games as captain.

Lloris made more appearances at the men’s World Cup (20) than any other goalkeeper in the tournament’s history.

Who will be France’s next captain?

Those are the select players Les Bleus boss Didier Deschamps is assessing as he makes his next choice for national team captain.

Mbappe, the youngest of the choices at 24 years old, is the team’s shining star. He demonstrated his leadership capabilities in a halftime rant during the World Cup final, scoring a second-half hat trick that nearly led to the impossible comeback.

“Either we let them play us like idiots, or we put a bit of intensity into the game,” prodded the forward in the locker room.

When the France football federation president dismissed Zidane as the next France coach earlier this week, the French forward immediately backed one of the greats.

“Zidane is France, we don’t disrespect the legend like that,” tweeted Kylian Mbappe.

Who would you choose as France’s next captain?

How AS Roma star Paulo Dybala spends his millions