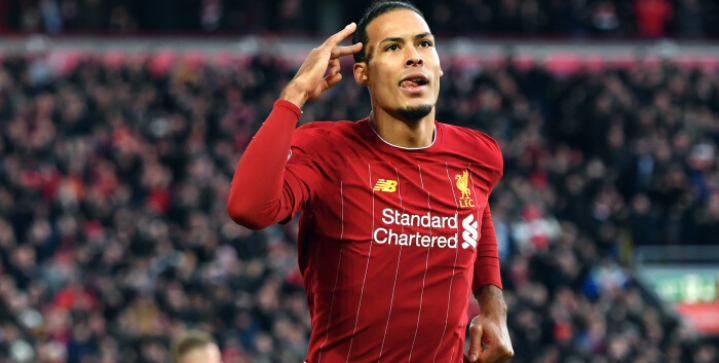 Since the club’s formation in 1892, Liverpool has been the most successful club in English football. To get the top, the team has signed some of the most dynamic players the world has ever seen. Let’s take a look at some of the best Liverpool signings of all-time.

Signing from Chester City to Liverpool in 1980 for £300,000 as a teenager, Ian Rush quickly adopted first-team football. He scored a whopping 346 goals in 660 appearances, making him Liverpool’s leading goal-scorer to this day. The 1984 Footballer of the year helped the Reds win a European championship, three FA Cups, five League Cups, along with five English league titles. Considered one of the best Reds of all-time, the speedy center-forward was also a tireless defender.

Known as a complete forward, Kenny Dalglish scored 172 goals with the Reds as helped them dominate England and Europe in the late 1970s and 80s. The amazing “King Kenny” played thirteen seasons with the club, winning six English league championships, three European Cups, the FA Cup, and three League Cups. He will also forever be remembered for managing the side during the Hillsborough disaster that claimed 96 lives.

Signed in 1971 from Scunthorpe for £33k, Kevin Keegan emerged as one of the best players to wear the Liverpool shirt. The super intelligent and technically adept Kevin Keegan made 290 appearances for The Reds and netted 89 times. Winner of three League titles, an FA Cup, a European Cup, and two UEFA Cup he’s also one of the most decorated Liverpool players of all time.

Fernando Torres from Atletico Madrid for £20.2 million in 2007

Liverpool manager Rafael Benitez signed up the Spanish starlet Fernando Torres from Atletico Madrid for a £20.2 million fee in 2007. The rest is history. He scored 81 goals in 142 appearances for The Reds. He remains the fastest player to 50 goals for the side and still holds the club’s highest goals per ratio with 0.637. The only thing missing for El-Nino was silverware.

Once the club’s most expensive signing before the arrival of Andy Carroll, Luis Suarez signed from Ajax in 2011 for £22.8 million. He had a slow start to his Premiership career, only netting 11 league goals in his first full season with the Reds. However, the striker came to be an incredible force up top the following two seasons where he scored a combined 54 league goals. The Uruguayan won the 2013-14 PFA Player of the Year award. He was also mired in controversy for his racist taunts against Patrice Evra in 2011 and for his second biting incident against Chelsea’s Ivanovic in a 2012 Premier League match.

In just his first season with Liverpool forward Mo Salah arguably enjoyed his best year during the 2017/18 season, setting a team record for most goals in a season (33) while winning all the honors for the best player in the Premiership. He finished third in the 2018 Best FIFA Men’s Player award and helped Liverpool finish Champions League runner-ups. The “Egyptian King” capped off his career with the Reds with a Champions League title-run last year, as he looks to snatch his first Premier League title this season.

The left-winger John Barnes signed for Liverpool for a transfer fee of £900k in 1987 and played a decade for Liverpool, appearing 314 times and scoring 84 goals. He helped the Reds achieve two League titles, two FA Cups, a League Cup, and is a four-time Super cup winner.

Liverpool somehow convinced Inter Milan into transferring the talented Brazilian for £8.5m in 2013. While Coutinho failed to win a trophy at the club, his impact was enormous providing both assists and goals — he scored 56 in 201 matches played.

Signing from Real Sociedad in 2004 £10.7m, Alonso quickly transformed into a swift passer and creative playmaker for Liverpool. He played five seasons at the club winning Champions League in his inaugural season. The midfield maestro served as the engine for the Reds alongside Steven Gerrard where in addition to his spot on passing scored some notable long-range strikes including two from his own half. He won the FA Cup with the Reds in 2016.

Graeme Souness from Middlesbrough for £352k in 1978

A crucial part of the dominant Liverpool side of the 1980s, Graeme Souness was admired for his tough tackling, superior touch, and stout leadership. He helped the Reds win the European Cup 3 times along with five English titles in his six years with the club.

Virgil van Dijk from Southampton for £75 million in 2017

Liverpool broke the world defensive fee to sign defender Virgil van Dijk for £75 million from Southampton. He has since transformed into the backbone of the defense for the Reds. The Dutchman played a pivotal role in Liverpool’s Champions League title in 2019 after before losing the finals to Real Madrid the year before.