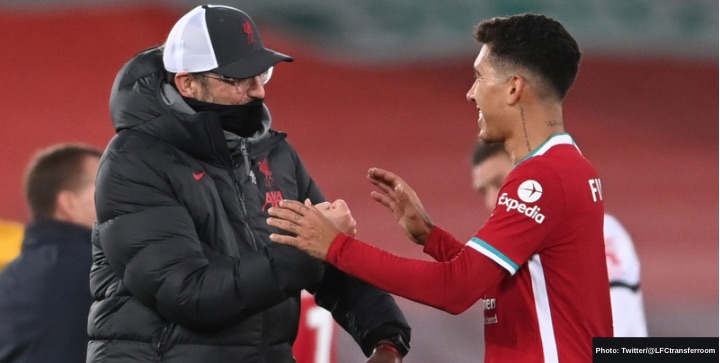 Liverpool are willing to part ways with Brazilian forward Roberto Firmino this summer for a small fee.

The Reds have reportedly offered the 30-year-old to Barcelona for around €20m, according to El Nacional. His contract expires at the end of the 2022/23 season.

The center-forward has morphed into one of the best No. 9s in the Premier League in recent years. Firmino has scored 94 strikes in 310 appearances since coming to Anfield in 2015, playing a pivotal role in both LFC’s Champions League and Premier League titles. He’s also the top Brazilian scorer in Premier League history with 74 goals.

“Bobby, for people with football knowledge, people will write books about the way he interpreted the No.9 position,” said head coach Jurgen Klopp.

Klopp, however, has preferred to start Diego Jota over Firmino this season, although the Brazilian should see more game time given the absences of Salah and Mane at AFCON.

What do you think, Liverpool fans — should the club let Firmino leave this summer?