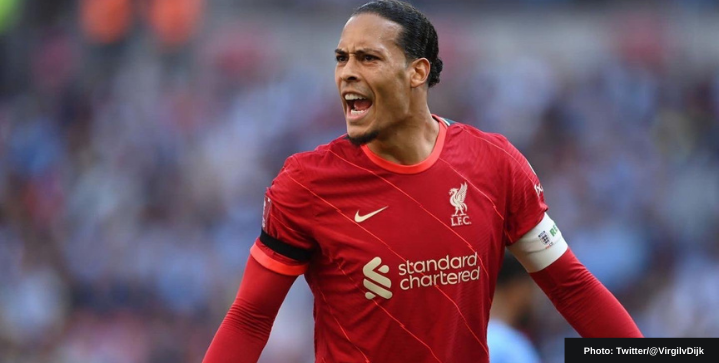 From Steven Gerrard to Ian Rush to modern day favorites Mo Salah, Liverpool’s history is fraught with historical journeymen. Let’s look at some of the best Liverpool players of all time.

The Liverpool stalwart Steven Gerrard made over 500 appearances for his boyhood club. He will forever be enshrined in The Reds folklore for sparking the remarkable comeback to beat AC Milan 4-3 in the 2005 Champions League final. The Premier League title was the only trophy to elude ‘Captain Fantastic’.

Ian Rush is Liverpool’s leading goal-scorer, with 346 goals in all competitions. But the speedy center-forward was also a tireless defender. The 1984 Footballer of the year helped the Reds win a European championship, 3 FA Cups, 5 League Cups, and 5 English league titles.

The Anfield defender made 438 appearances in his thirteen seasons at Liverpool. With incredible skill and tactical positioning, he served as a cornerstone of the Reds’ success that dominated the 80s. He helped Liverpool stock the trophy case, most notably with two consecutive league and League Cup doubles, plus a European Cup in the 1984-85 season.

Luis Suárez had a slow start to his Premiership career, only netting 11 league goals in his first full season with the Reds. However, the striker came to be an incredible force up top the following two seasons where he scored a combined 54 league goals. The Uruguayan won the 2013-14 PFA Player of the Year award. He was also mired in controversy for his racist taunts against Patrice Evra in 2011 and for his second biting incident against Chelsea’s Ivanovic in a 2012 Premier League match.

Known as a complete forward, Kenny Dalglish scored 172 goals with the Reds as they dominated England and Europe in the late 70s and 1980s. The amazing “King Kenny” played 13 seasons with the club, winning six English league championships, three European Cups, the FA Cup, and three League Cups. The Liverpool faithtful will forever remember him for managing the side during the Hillsborough disaster that claimed 96 lives.

Ranked as the sixth top Liverpool scorer of all time, Robbie Fowler took Anfield by storm when he joined the club in 1992. He scored 183 strikes for The Reds, once scoring 30 or more goals in three consecutive seasons. He was awarded the PFA Young Player of the year for the 1995 and 1996 seasons.

A one-club man and vice-captain for a decade, Mr. Liverpool Jamie Carragher recorded the team’s second-highest appearances with 508 appearances, including 150 times in Europe. Carragher won the Champions League in 2005 having shifted from defense to center-half. He also won 2 FA Cups, 3 League Cups, and a UEFA Cup.

A swift passer and creative playmaker, Xabi Alonso played five seasons at the club, winning the Champions League in his inaugural season. The midfield maestro served as the engine for the Reds alongside Steven Gerrard, where in addition to his spot on passing — Gerrard once called him “the best passer of a ball he ever played with” — Xavi scored some notable long-range strikes, including two from his own half. He won the FA Cup with the Reds in 2006.

The left-winger John Barnes played a decade for Liverpool, appearing 314 times and scoring 84 goals. Known for taking racist abuse even from home fans, he helped the Reds achieve two League titles, and two FA Cups, a League Cup, and is a four-time Super cup winner.

Alan Kennedy was a cornerstone of the side that dominated the 1980s in Europe and England. The left-back won 2 European Cups, including scoring the game-winner against Real Madrid in 1981, five League Cups, and five League victories.

A crucial part of the dominant Liverpool side of the 1980s, Graeme Souness was admired for his tough tackling and stout leadership. He helped the Reds win the European Cup 3 times along with 5 English titles in his six years with the club.

Often considered the best center back in the world, Virgil van Dijk nearly beat out Lionel Messi in the race for the 2019 Ballon d’Or. That season, the Dutchman never got dribbled past once, guiding the Reds to a Champions League triumph after finishing up as runner-up the previous year.

The man is, quite literally, a fortress, having never lost a Premier League home game as a Liverpool player — that’s 55 wins, nine draws, and 0 losses in 64 games played. Liverpool’s win percentage drops by nearly 20% when van Dijk doesn’t start.

🎶 Watch him defend… and we watch him score 🎶

Mo Salah has become a legend in his six seasons at Liverpool, scoring 164 goals and providing 67 assists in 267 matches. His 120 Premier goals put him ahead of Steven Gerrard; only Robbie Fowler has more at 127 strikes.

During this 2021/22 season, fans commemorated the three-time Premier League Golden Boot winner with a mural outside Anfield, immortalizing the Egyptian star.

Salah and future Reds legends Virgil van Dijk and Sadio Mane have all won a Champions League trophy together and finished runners-up twice. They added an FA Cup and EFL Cup triumph to their trophy vault during the 2021/22 season.

We’re not done yet. pic.twitter.com/IiBuC0d9WN

One of the top ten wingers of the modern era and Klopp’s first signing, Sadio Mane scored 120 goals and provided 48 assists in 269 appearances for the Reds. The former 2018/19 Premier League Golden Boot winner competed in three Champions League finals for Liverpool, winning the title during the 2018/19 season.

During the 2021/22 season, Mane scored his 15th goal in the Champions League knockout stages, making him the highest goal-scorer of any African player in the competition’s history. The big game player also helped Liverpool secure a 2019/20 Premier League title and won the FA Cup and EFL Cup trophies in his last term with the Reds.

Is this the pick of Sadio Mane's 107 #PL goals? 🤩@LFC 🔴 #LIVWAT pic.twitter.com/z8XWwlMRBE