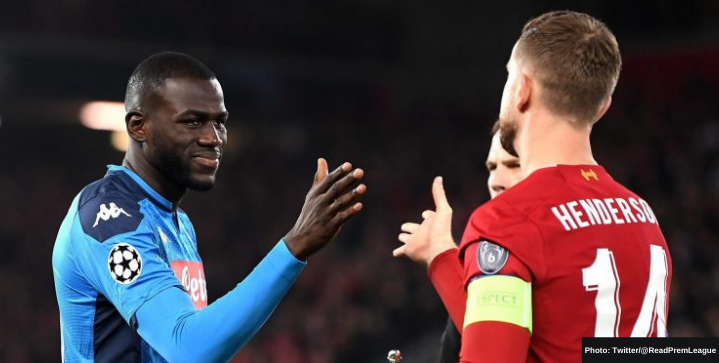 According to Sport Bild, Liverpool is keen on signing Napoli defender Kalidou Koulibaly during the summer transfer window.

The Reds have already tried 19 center-back pairings this season to resolve the club’s ongoing injury crisis.

Is chasing Koulibaly still worth it?

Despite Koulibaly’s age (he’s 29), there’s no doubting that the Koulibaly-Van Dijk (also 29) pairing would be, as Klopp said, “a big hit.”

The obvious hold-up has been the hefty price tag Napoli placed on Koulilably last season — a whopping £89M. But that was before the financial difficulties caused by COVID-19.

Liverpool will be looking to snatch the player at the reduced asking price of £39M.

Having lost five consecutive top-flight home matches for the first time in the club’s history — Liverpool currently sit in 7th place with 22 points behind Man City — the Reds will be desperate to turn things around to secure Champions League qualification next season.