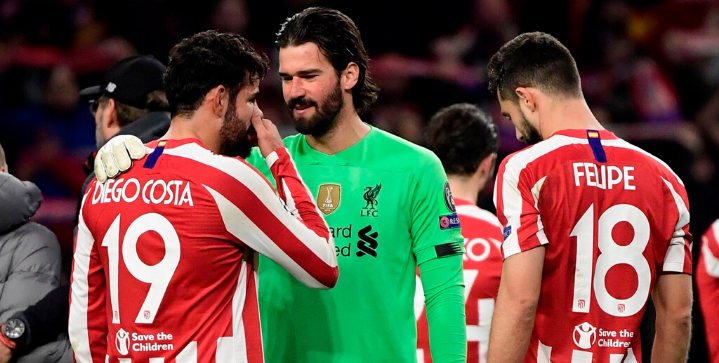 Jurgen Klopp has confirmed that Alisson will miss Wednesday’s Champions League clash against Atletico Madrid due to a muscle injury picked up in training.

“He is not available for tomorrow and then the next week. We have to judge the situation,” said Klopp in his pre-match press conference ahead of the clash with Bournemouth. “Back after the international break, anything before then, we will see.”

Brazil has also left Alisson out of the squad to face Bolivia and Peru at the end of the month.

Alisson’s absence from this weekend’s game against Bournemouth and next week’s second leg matchup at Anfield means that backup keeper Adrian gets the start.

Liverpool goalkeeper Alisson has been ruled out of key games for the Reds pic.twitter.com/RT4S5zhDEM

Another big blow for Liverpool

Liverpool are stuck in a bad stretch at the moment, losing three of their last four games in all competitions, as many as they had in their previous 66 games combined.

Missing Alisson on top of Jordan Henderson is just another big blow to the club.

Last Tuesday’s loss against Chelsea in the FA Cup ensures that the Reds won’t win the Treble this season. Last weekend’s 3 nil drubbing against Watford also broke the team’s chances at invincibility, a feat only accomplished in the modern era by Arsenal.

Despite Liverpool’s recent struggles, Virgil van Dijk is still looking at the bright side of finishing the season as Premier League champions.

“Just end up with the Premier League? Yeah? Just? It’s just a small thing is it? We also won the Super Cup and the Club World Cup,” said Van Dijk.

“In life, there are people that are not always satisfied. They are always looking for negative things in life.”

Liverpool look to get back to winning ways this weekend at fortress Anfield. Alisson, however, won’t be back in the starting lineup until the Merseyside derby on March 16. The Reds will hope to advance against Atletico without their main man between the sticks, as they did against Barcelona without key players Firmino and Salah last season.

“I don’t want to say no [for the Merseyside derby] but I don’t know if he will be available. He is not available for the next week, not for tomorrow and not the next week,” said Klopp on Alison’s return to the pitch.

“Then we have to judge the situation new. I would say after the international break he is back 100 per cent, whatever we can get before that we will see.”