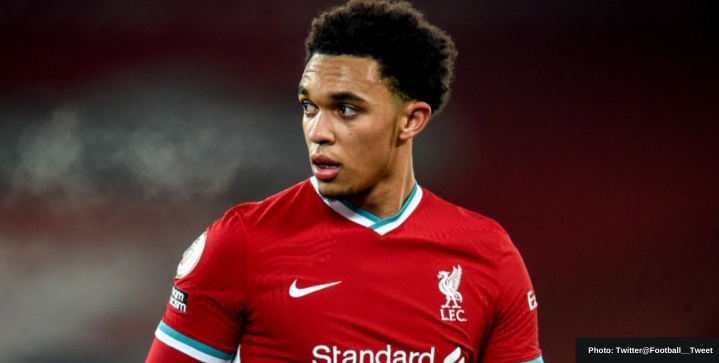 Liverpool star Trent Alexander-Arnold has not been included in England’s squad ahead of Euro 2020.

“I don’t think he’s [Trent Alexander-Arnold] played at the level he’s been at the last few years. Reece James and Kieran [Trippier] are in exceptional form,” revealed Southgate.

“We have other players in the league who are also playing well in that position – Cash at Aston Villa, Ayling at Leeds – and we’ve got two very good right-backs in the Under-21s. It’s a remarkable position of strength and what I said to Trent earlier today was I have made the same call to Kyle and Kieran in the past.

“Their response was a good one. They took up the challenge and found themselves back in the squad. Trent is a super talent and I’m certain will play a big part in the future. He misses out this time but we could quite conceivably be sitting here in the summer and he’s with us.”

What’s going on with Alexander-Arnold?

While the decision to exclude Alexander-Arnold from England’s team for World Cup qualifiers appears harsh, the Liverpool star has been in a slump for his club side. But so too has Klopp’s side, sitting 6th in the Premier League table.

A mainstay in the England line-up since the 2018 World Cup, Alexander-Arnold has won four major honors including a Champions League and Premier League trophy at the age of 22.

The generational talent may just be experiencing a dip in form. The Reds’ ongoing injuries at the center-back positions have perhaps exposed Alexander-Arnold defensive capabilities.

England is lucky enough to be rich in full-backing talent.

Ollie Watkins and Sam Johnstone receive their first call-ups to the quad. BVB starlet Jude Bellingham also gets the call-up but may face restrictions due to Covid-19 traveling rules in Germany.

Jesse Lingard has been recalled to the team, with Southgate saying that “we know he can perform at this level.”

Here’s the full list of England’s squad to face San Marino, Albania and Poland in the World Cup qualifiers.

Transfer Rumors: Messi plans a reunion with Fabregas in MLS