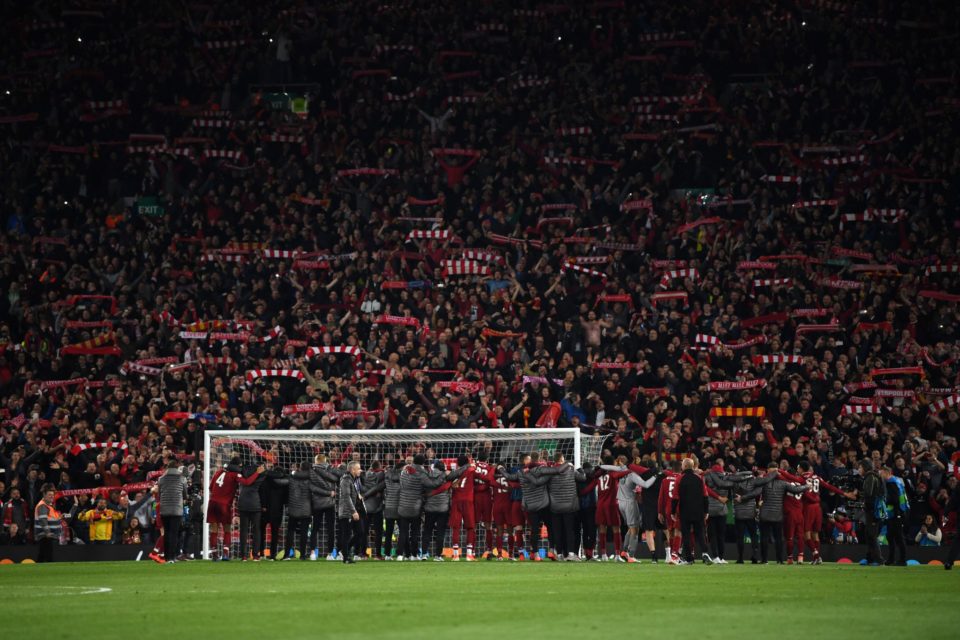 “We want to celebrate the Champions League campaign, either with a proper finish or another goal. That is the plan: just try. If we can do it, wonderful. If not, then fail in the most beautiful way,” said Liverpool coach Jürgen Klopp with his team down 3-0 against Barcelona going into yesterday’s leg 2 clash.

But fail they did not.

Liverpool’s remarkable 4-0 comeback (4-3 aggregate) against the Blaugrana will go down as one of the best games in Champion League history.

Liverpool started the match as it always does, uptempo and high-energy in what Klopp calls heavy metal football.

Belgian forward Divock Origi’s goal 7 minutes into the match instilled the belief that the Reds could achieve the impossible.

According to Croatian back Dejan Lovren, Jurgen Klopp pumped up the team’s psychology with his pre-game speech: “He said ‘boys, believe. One or two goals, even if we don’t score in the first 15, 20 minutes, believe in the 65th, 66th, 67th minute that we can score. We did it once against BVB, we can do it tonight. Just show f******* balls tonight.”

Super-sub Gini Wijnaldum came to the rescue for Liverpool in the second half, scoring two goals in two minutes.

Then 20-year-old right back Trent Alexander-Arnold took a quick corner kick in the 79th minute to find Origi one-time the game-winning goal. The dream comeback was complete, with shades of the team’s 2005 Istanbul Miracle.

Messi and the rest of his Catalan teammates looked on in disbelief. Writes The Dailystar, “Liverpool were so good you didn’t even notice Lionel Messi was on the pitch.”

For the second year in a row, Barcelona collapsed after a comfortable lead over its opponents in the first leg. AS Roma came back from a 4-1 deficit to beat Valverde’s side in the 2017-18 Champions League quarter-final.

Liverpool’s turnaround was even more extraordinary given the absence of key starters Roberto Firmino and Mo Salah. But the “mentality monsters” as Klopp coined them, showed up when their best was needed.

It was a thrilling night at Anfield — one Reds fans and neutrals alike will remember forever. And one that Barca fans will try to forget.

From bad night to worse: Barcelona bus leaves Messi behind