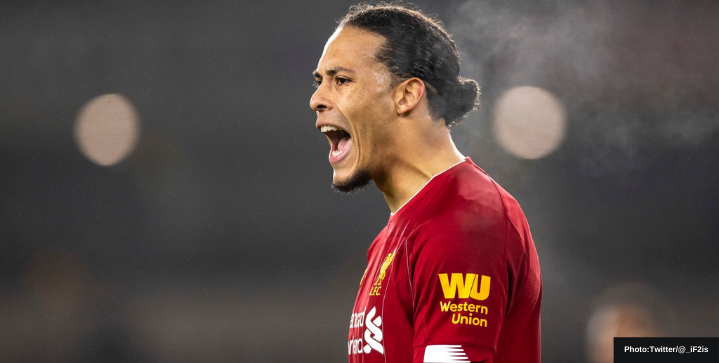 Liverpool are set to offer Virgil van Dijk a new contract worth more than £50m.

The Reds are keen on keeping the Dutchman at the club for the rest of his career and are ready to offer him more than £200,000 a week, according to Football Insider.

The center-back turns 30 in July.

Van Dijk has been recovering from a season-ending ruptured cruciate ligament since last October.

During his absence, the Reds have struggled to repeat their illustrious form of prior seasons. Currently seventh in the Premier League, Klopp’s side are set to miss Champions League football next term.

Virgil Van Dijk talking about Messi for 2 whole minutes. Humility at its finest from one of the greatest defenders of our generation. 🙌

Will Van Dijk finish his career at Anfield?

Since signing with Liverpool from Southampton in January 2018 for a club-record £75 million, van Dijk has helped the Reds to two Champions League finals — one victorious — and the club’s first-ever Premier League title last year.

During Liverpool’s remarkable 2018 – 2020 run, Van Dijk became the first defender to pick up the UEFA Men’s Player of the Year award while also making the shortlist for the 2019 Ballon d’Or nominees.

Van Dijk is considered an indispensable player to the future success of Liverpool. The club feels compelled to get a long-term deal done in the next few weeks.

Fabinho and Henderson are also certain to pen new long-term deals with Mo Salah awaiting an attractive contract offer. There is no talk of extending Mane’s contract at Anfield, with a new contract with the Senegalese set to leave this summer.

Manchester United ‘confident’ in keeping Cavani for another season