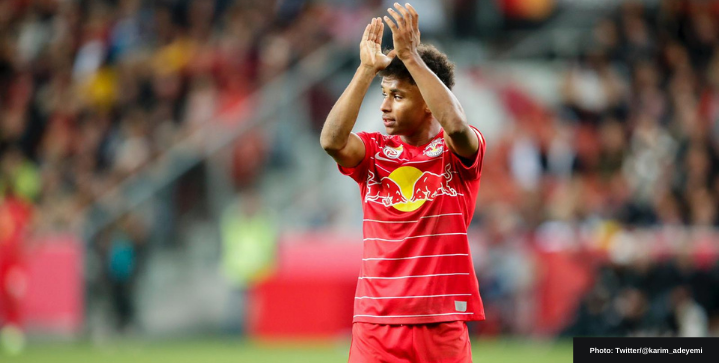 Liverpool are one of a number of clubs looking at a potential move for RB Salzburg sensation Karim Adeyemi, according to Sky Sports Germany. Bayern Munich, PSG, Real Madrid and Dortmund are also keeping close tabs on the teenager who will cost around €30m.

Interested clubs could agree on a summer transfer for the 19-year-old in January with a loan back to Salzburg until the end of the season.

“I’m very relaxed about it, my focus is here at Salzburg, but of course I feel honored (by the interest), nothing more,” said Adeyemi on links to the European elite. “I want to get to the Champions League round of 16 with Salzburg first and then we’ll see what happens.”

Adeyemi has scored 14 times this season in 16 games upfront for Salzburg — the talented teenager is involved in a goal in every 88 minutes. He’s also won 5 penalties this term. His totals include 24 strikes and 17 assists in 68 games.

Known for his sharp movement and dazzling pace, the young attacker would add even more firepower to an already dynamic Reds’ wing. Adeyemi follows in the footsteps of previous prolific forwards that developed at Salzburg including Erling Haaland and Patson Daka. Now wanted by every club, the trio once signed to Salzburg for less than €12 million.

Jurgen Klopp may need to move quickly to nail down this generational talent. PSG are also eyeing Adeyemi as a replacement for Kylian Mbappe, who appears to be leaving for Real Madrid next season.

Where do you think Adeyemi will end up? Let us know on Facebook.