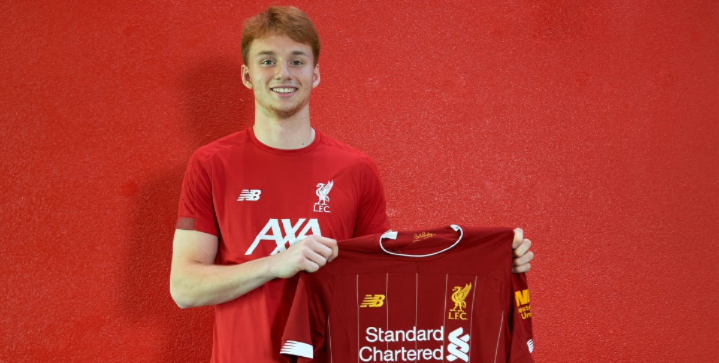 Liverpool have announced their first signing of the summer in 17-year-old PEC Zwolle defender Sepp van den Berg for £1.3m.

“It’s just amazing,” the Netherlands U-19 international told the club’s website. “It is, for me, the biggest club in the world and it’s a dream come true. I am really excited.”

The center back admitted that he thought the Reds’ interest was a joke at first. But let it be known that Bayern Munich and Ajax were keen on signing the player as well.

Van Den Berg made 22 senior appearances for PEC Zwolle in the Eredivisie last season. He is highly regarded for his pace and poise on the ball. But he chose Anfield to improve his game and to play with compatriot Virgil van Dijk.

“I’ve seen what kind of players from the Academy have grown into the first team. It is unbelievable, especially when this kind of big club does that.

“I was thinking about [the idea of] training with Virgil. For me he is the best defender in the world right now, so I can learn a lot from him.”

Van Den Berg will have to make great strides to make the first team. But he is in an ideal spot for his development.

Like 19-year-old Matthijs de Ligt, Van Den Berg is yet another example of the talent blossoming out of the Netherlands.