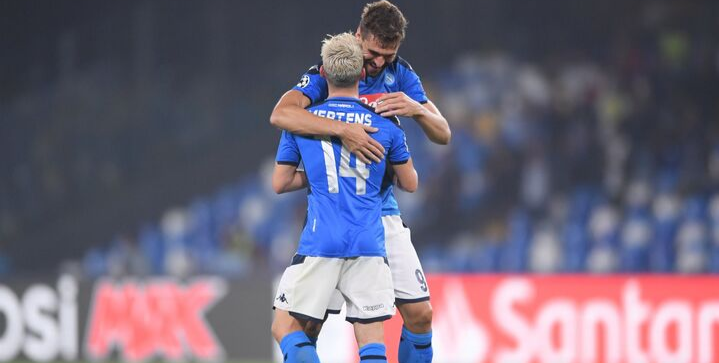 Liverpool are the first European winners in 25 years to lose their opening Champions League match since AC Milan 25 years ago.

While the Reds controlled the game, a suspect VAR call on Andy Robertson in the 81st minute allowed Dries Mertens to convert from the penalty spot.

As Napoli held their own, Liverpool committed a second defensive error late in the match. Virgil Van Dijk failed an attempted pass back to Robertson which landed at the feet of ex-Tottenham striker Fernando Llorente to score The Blues second goal.

Meanwhile, Van Dijk’s counterpart Kalidou Koulibaly bested the UEFA Men’s Player of the Year by producing one his best performances of the season.

Deja vu for Liverpool in Naples

Napoli got the better of Liverpool again at home for the second year in a row.

Despite Adrian’s heroics and Salah’s two near-chances, the Italian side played with more discipline and perhaps a bit more will than Klopp’s team.

But if last year’s result in Naples serves as any predictor: a loss for Liverpool may turn out to fuel a European championship.

Said Carlo Ancelotti to Jurgen Klopp after the game: “I told him: ‘Don’t you worry, if you lose in Naples, then you end up winning the Champions League.’”