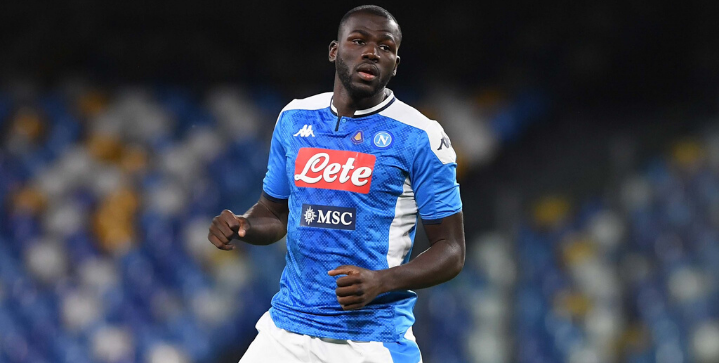 First it was Tottenham. Then it was Manchester United, followed by a massive offer from the soon-to-be Saudi owned Newcastle. But now it is Liverpool who are in pole position to sign Napoli in demand center-back Kalidou Koulibaly.

One of the best players in the world, Jurgen Klopp is hoping the Senegalese center-back will partner up with Virgil Van Dijk.

According to Le10Sport, Klopp is convinced that a Koulibaly-Van Dijk pairing “would be a big hit.”

Said the club’s former midfielder Don Hutchison in an interview with ESPN FC, “I don’t think there’s anyone better, there won’t be another partnership like it.

“I think if Koulibaly comes through the door and he plays alongside Virgil van Dijk, I think you wrap the title up right there,” added Hutchison, who spent the early 90s playing at Anfield.

Koulibaly: Too old or the ideal defender Liverpool desperately need?

Some critics have complained that Koulibaly is both too old (he’s 28) and too expensive. It’s worth noting that Liverpool appear to have a solid CB emerging in the 22-year-old Joe Gomez.

But Koulibaly is already world-class and he and Van Dijk are only 18 days apart in age. And while Napoli’s price tag of £89M is monstrous, Liverpool are simultaneously looking to extend Van Dijk’s Anfield stay with a mega-deal worth £50m.

Despite the financial woes caused by the Coronavirus pandemic, Liverpool are still flush with cash. The club finalized a lucrative kit deal with Nike worth $39.5m per year earlier this year. The iconic sportswear company will become The Reds official kit supplier starting next season.

Given Koulibaly’s high market price, the Reds are willing to make Dejan Lovren as part of the exchange. The Croatian, valued at £15m, is expected to leave the Reds this summer after 6 years with the club.

Napoli may find Liverpool’s offer attractive, especially if the Italian side fails to qualify for the Champions League next season.

REQUEST GRANTED#Senegal and Napoli centre-back Kalidou Koulibaly is indeed a wanted man by many of Europe's top clubs.

But how does he compare in attributes to Netherlands and Liverpool captain Virgil van Dijk?#KoulibalyVsVanDijk

With Koulibaly, Liverpool could be EXTRA hard to beat

As Liverpool cast their gaze across Europe in search of a replacement, they could do no better than bring in arguably the second-best center back in the world. Koulibaly is a rock: quick, forceful, and like Van Dijk, hard to beat in the air and off the dribble.

“You wouldn’t want to play against Van Dijk or Koulibaly – how on earth as a striker as a striker do you even think about getting any joy out of those two?

“I think if you’re going to win titles and you want to try and adapt, Liverpool have to be harder to beat.

“You have to go into Europe and you have to have people like Koulibaly who can lead you in Europe.”

Would Koulibaly pair well with VVD? Have your say on our Facebook page.