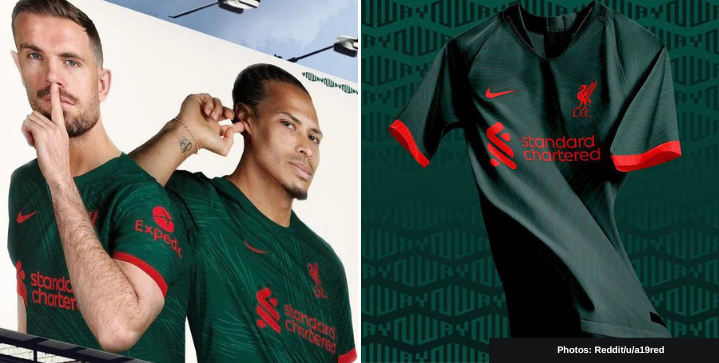 Liverpool is going Christmas green with their third kit this season.

That’s according to a leak of images on Reddit prepared for a forthcoming billboard edit featuring Jordan Henderson and Virgil van Dijk.

The teal-colored shirt is generating mixed reviews among Liverpool fans, with Twitter user @callmemaz saying it looks like the “Bangladesh cricket kit.”. At least it’s not the same “puke green” used on Manchester United’s alternative kit.

Other Liverpool fans are happy to get an alternative to the trippy white away kit released last July. However, the third kit features the same funky all-over graphic design, overwhelmed by the predominant green colorway and red logos.

Liverpool are expected to officially release the third kit online one September 6, a much later release date than usual.

But Nike is making sure it’s worth the wait. Fans will rejoice that the shirt’s trim also gets the “YNWA” embroidered treatment like the iconic red home shirt.

Messi, cut from Ballon d’ Or shortlist, tips Benzema for this year’s award