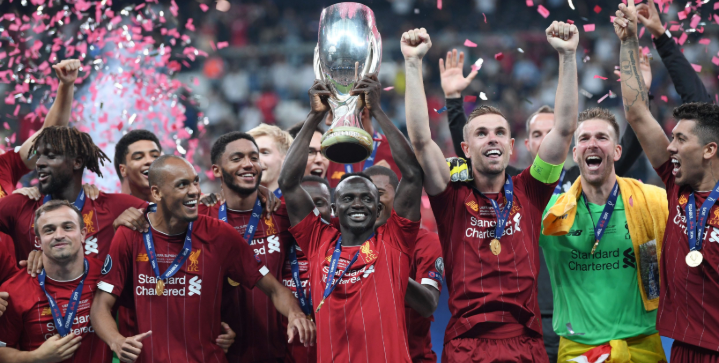 What is it about Liverpool in Istanbul on penalties?

The Reds won the UEFA Super Cup trophy for the fourth time by defeating Chelsea 5 – 4 on a penalty shoot-out. It was 2-2 after extra time with Liverpool talisman Sadio Mane netting a brace.

Spanish goalie Adrian saved Tammy Abraham’s decisive penalty to secure the victory for Liverpool. The stand-in goalkeeper is filling in for the injured Alisson Becker who’ll be out the next few weeks with a calf injury.

Of course Jurgen Klopp has gone full Rocky Balboa on us 😂

Despite the loss, Frank Lampard’s side showed resiliency after last weekend’s 4-0 thrashing at Manchester United.

Defensive midfielder N’Golo Kante return to fitness proved to be the difference-maker for the Blues. The Frenchman was literally everywhere on the pitch, making tackles and powering Chelsea’s attack.

20-year-old American Christian Pulisic also demonstrated his Hazard-like potential in taking on four Liverpool defenders before dishing it off to Oliver Giroud to set up the first goal. What would’ve been Pulisic’s first Chelsea goal was ruled offside in the 39th minute.

Pulisic gets the assist with 4 Liverpool defenders on him 💪 pic.twitter.com/f9VANibyF8

Chelsea were lucky however to be awarded a soft penalty in the 101st minute which allowed Jorginho to tie it up. Penalties proved otherwise with Adrian saving the final spot-kick to secure Liverpool’s second trophy this year.

“It was a big fight tonight,” Klopp said. “I didn’t know how good it will feel if we won it, but it was outstanding. It was brilliant.”

Liverpool will need to keep pushing themselves for the long-haul if they are to replicate last year’s success.